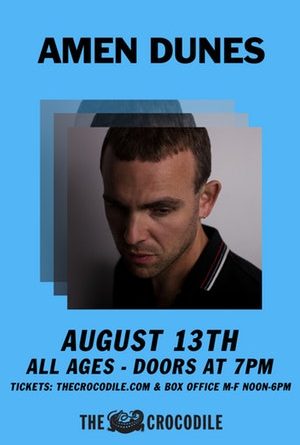 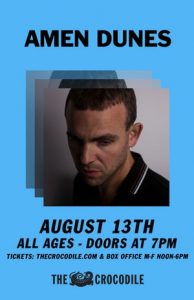 With every record, Damon McMahon aka Amen Dunes has transformed, and Freedom is the project’s boldest leap yet.

The first LP, D.I.A., was a gnarled underground classic, recorded and played completely by McMahon in a trailer in upstate New York over the course of a month and left as is. The fourth and most recent LP Love, a record that enlisted Godspeed! You Black Emperor as both producers and backing band (along with an additional motley crew including Elias Bender Rønnenfelt of Iceage and Colin Stetson), featured songs confidently far removed from the damaged drug pop of Amen Dunes’ trailer-park origins.

McMahon will be joined by Okay Kaya. Kaya grew up outside of Oslo, Norway, where she learned to appreciate music through her mother’s extensive record collection and her brother’s black metal band. Okay Kaya spends her time expressing herself through melody and movement. Leaning into the space between sounds while exploring a stylized body language, she strives to create a world akin to that of her childhood; playful and her own.