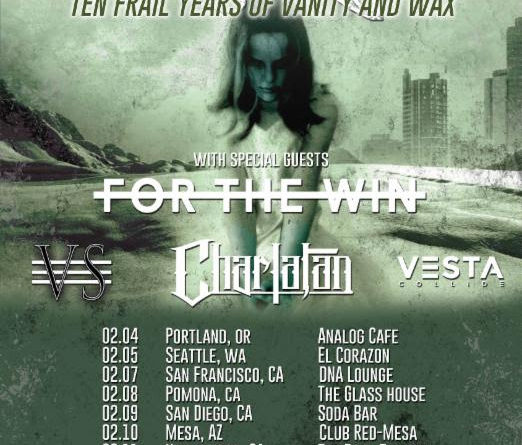 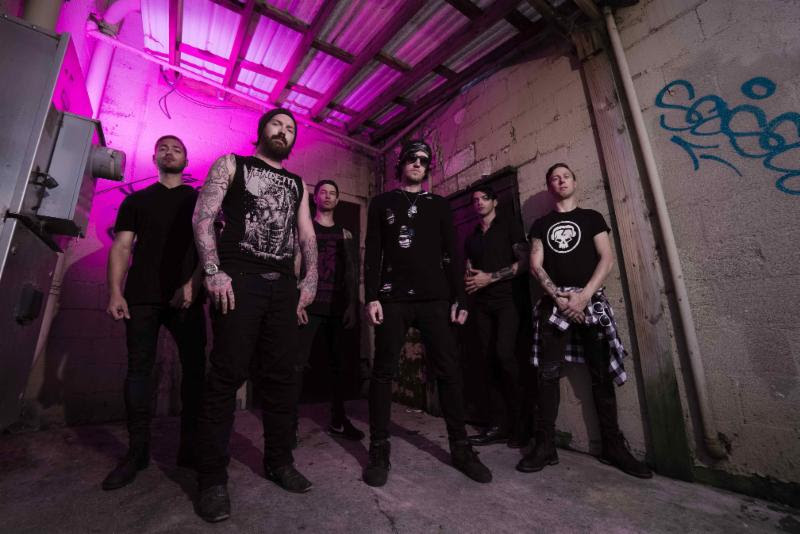 Alesana, one of contemporary metalcore’s most consistent acts, are thrilled to announce the West Coast run of the “Ten Frail Years of Vanity and Wax Tour,” named for their debut LP, On Frail Wings of Vanity and Wax, which the band will be performing in its entirety to celebrate the record’s 10th anniversary. The band will make its way down the West Coast and conclude in Salt Lake City, UT at In The Venue. For The Win, Charlatan (that is, the Utah-based metal band Charlatan, not the Seattle band Charlatan), Vesta Collide, and Seattleites Versus will join the band.

The tour follows the band’s successful first short novel “Annabel,” which released in August 2016. The novel follows a story that is based around the band’s three concept albums, The Emptiness, A Place Where The Sun Is Silent, and Confessions. Created by lead singer and founding member Shawn Milke and the band’s unclean vocalist Dennis Lee, the pair reveal all of the final twists and turns of Annabel, The Artist, and Fatima Rusalka. The trilogy opens with The Emptiness, the story of The Artist and his one true love, Annabel, which was released in 2010 via Fearless Records. Continuing with A Place Where The Sun Is Silent, where the album follows The Wanderer on an abstract journey of pursuit of The Temptress (2011, Epitaph Records). And the final third album in the trilogy, Confessions, the story that follows Annabel and her attempt to travel through time in order to stop a madman known as The Artist.

Lead singer and founding member Shawn Milke had this to say regarding the forthcoming tour:

“The 10 year anniversary tour for On Frail Wings of Vanity and Wax is hitting the west coast! Let’s travel back in time together, to a day where emo bangs, Chelsea hair cuts, and MySpace ruled the planet. You bring the energy, we’ll handle the rest!”

The tour kicks off February 4th in Portland, OR at the Analog Cafe (advanced tickets to this show are priced at $15 and can be found here), and will be making a stop at Seattle’s El Corazon one day later on February 5th (advanced tickets to that show are priced at $13 and can be purchased here). To see a full list of tour dates, consult the tour poster below. 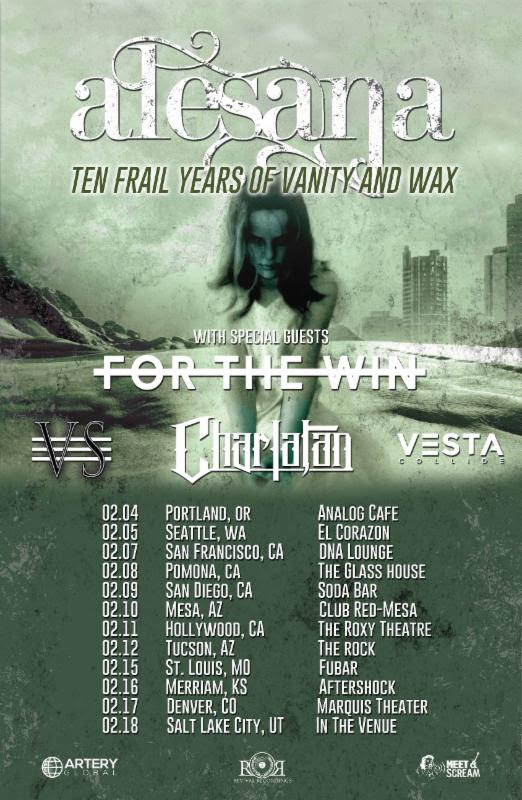