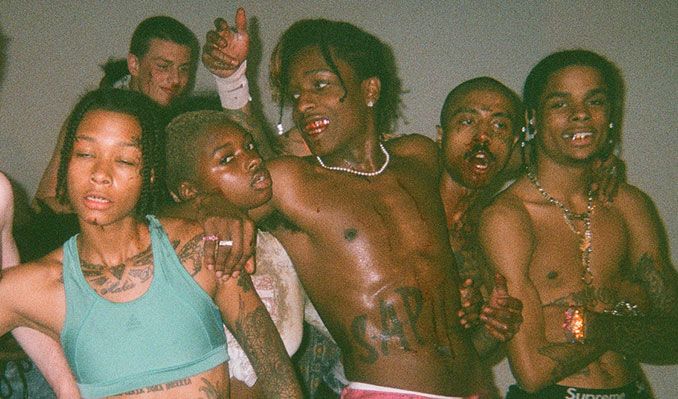 Born and raised in Harlem, New York, A$AP Rocky is no stranger to the cliché rap lifestyle, popularized by fellow Harlem Patriarchs from Big L & Kool Moe Dee to Ma$e, and Cam’ron. However, Rocky’s entrenching yet melodic rap style has drawn more immediate comparisons to recently incarcerated Harlemite Max B.

“Rocky” the Nickname given in part, from his birth name Rakim (after the legendary NY emcee), and in part for his scrappy, yet suave persona, would quickly embrace Harlem’s diverse music lineage. Raised by his Mother & Father, Rocky was exposed to soulful records such as those from Curtis Mayfield, and Marvin Gaye, in addition to the sudden wave of 90’s “Gangsta Rap”, as well as local Harlem talent. Feeling he had played student of the rap game for long enough, a young Rocky tried his hand at penning his first verse, after hearing his older brother pound out beats on the kitchen table. Instantly recognizing the talent in his sibling, he insisted Rocky not only finish the song but start a new hobby, combining his already popular nickname with the acronym A$AP, meaning To Accumulate Status And Power (also the name of Rocky’s Crew of Harlem Based contemporaries).

Tickets to his forthcoming ShoWare Center performance on February 6th can be purchased here.