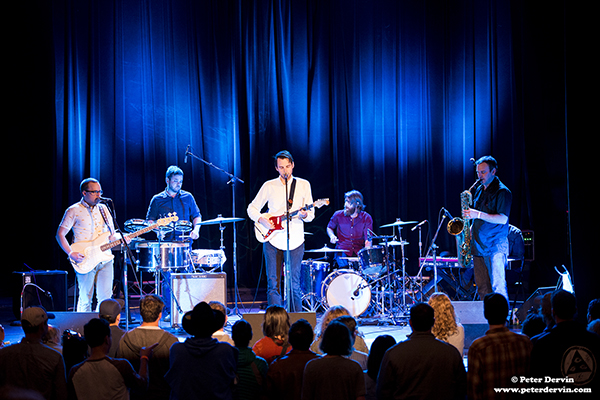 Doors are at 7pm and the show is at 8pm.  Tickets are available for $10.00 advance; the show will be a sliding scale, donation-based at the door.

Brian Berg passed away unexpectedly in October 2015 at his home in Salem, Oregon.  He is survived by his 15 year old daughter, Bridget Mistkawi Berg, and his brother, Kris Berg.

Known for their American-bred, melodic rock music, 44 Long was a unique blend of pop, glam, swamp, and heavy rock. The band relishes contrast and makes it come together, with the goal of having you feel like you just stumbled onto the best radio station ever. They conjure up the finest of 60’s and 70’s rock radio, and use it to put a spell on themes of the millennium – simultaneously hopeful and cynical; God-fearing yet given up to lone existentialism.

Their debut, 1997’s Collect Them All (Schizophonic) was a smash with record buyers, club-goers and critics in their native Portland, Oregon. It also garnered superlatives with monster tastemakers like CMJ, Puncture, ArtForum International, and Stereo Review, along with dailies and weeklies throughout the country. Rock journalist extraordinaire Greil Marcus, a longtime and current Rolling Stone contributing editor, dubbed it #7 of the year among his favorite things. In the Northwest, Seattle’s Rocket Magazine found a slot at #14 and The Oregonian at #3. All this and not one paid advertisement.

Then 44 Long went on hiatus, finally returning with 2006’s Hangover Heights, Part 2 (In Music We Trust), which was worth the wait, featuring singer/guitarist Brian Berg playing the majority of the instruments on the record (as well as engineering and producing the recording sessions).  A record store clerk for eight years, he was inspired by his big sister’s Motown and his big brother’s Brit-rock collections.  His songs are well-crafted, deceptively simple yet articulate.  The music conveys a love and respect for pop traditions, and the lyrics convey a sense of resignation tempered with hope.

The minimal yet muscular propulsion of the songs is a clue to the ‘less is more’ ethic employed by Berg and 44 Long.  A rich, rocking sound doesn’t always have to come from an orchestra of guitar overkill; sometimes what’s left out is more important than adding another cliché.

Berg would release two more records, available digitally only at 44long.bandcamp.com, in March of 2012: Hangover Heights, Part 1 and 33 and a Third.

The event is produced in conjunction with The Jeremy Wilson Foundation, a nonprofit musicians health and services organization that assists musicians with medical expenses. All donations and proceeds from the evening’s event will be contributed to Berg’s daughter’s college fund.

Tickets can be purchased here.