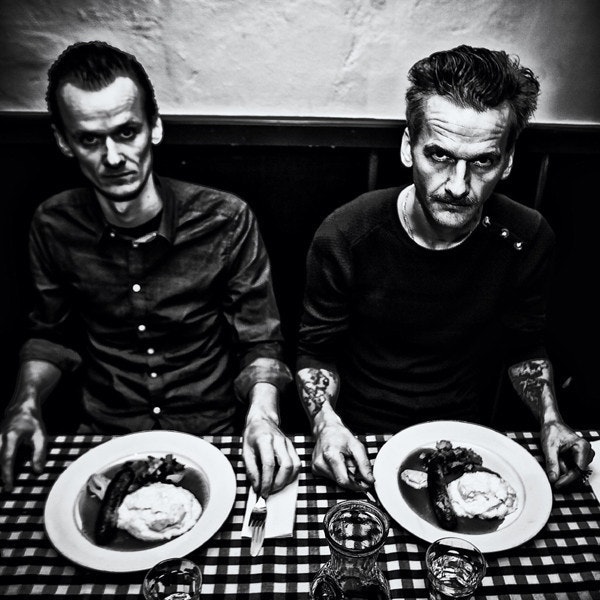 What do you think of when you hear the name “PowerSolo“? ‘Round Denmark way, the moniker apparently conjures the trash-rock psychobilly legacy of Hasil Adkins, the Cramps, and Southern Culture on the Skids. PowerSolo may be a power duo, but in this case, the prog-metal acrobatics of Rush are replaced with something they call “donkey punk.”

Two tremolo-loving chicken-scratch rail-thin guitarists, Kim Kix and the Atomic Child. It would’ve been well enough had Powersolo hailed from the Land of NASCAR, but the fact that this exercise in B-movie punk-a-billy is coming from Aarhus, Denmark, adds plenty of delicious cognitive dissonance.

Tickets to their forthcoming Funhouse performance on February 22nd can be found here.