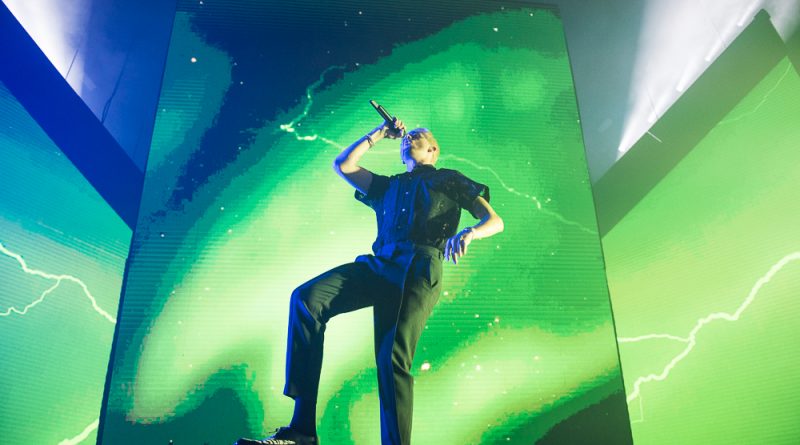 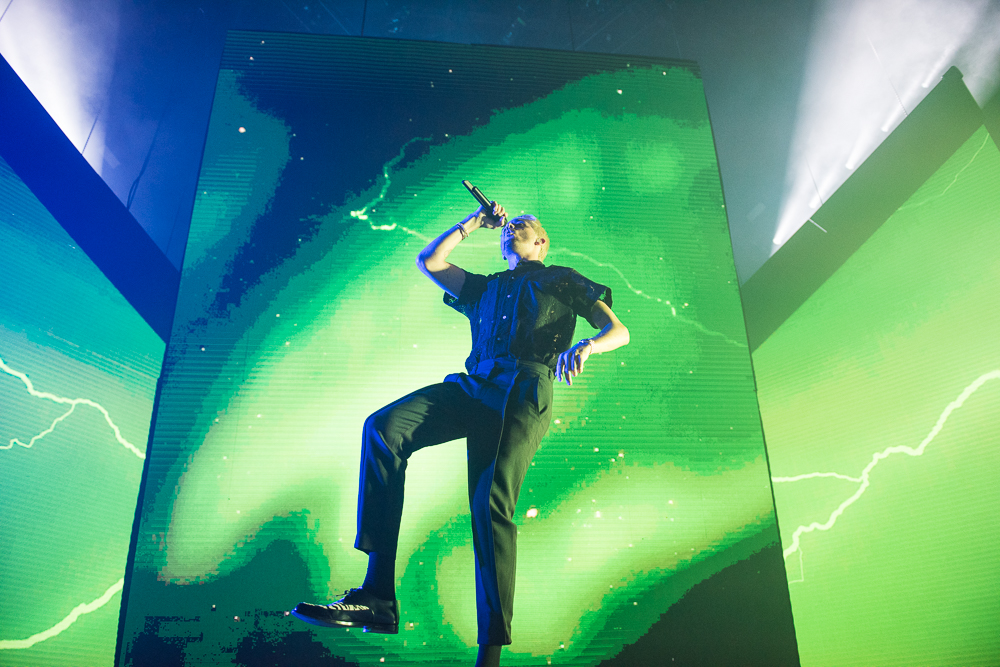 When G-Eazy announced the full lineup and dates for his Endless Summer Tour, it was like living in a dream. A full list of killer names on a summer day, it couldn’t get any better. Doors opened at 5:30, and with a lineup that long, it was basically a festival night of hip hop names in the heat of White River Amphitheater.

After P-Lo hyped up the crowd with a short little set, YBN Nahmir took the stage for some stuff that was a little more familiar. A trio of young performers dripping in chains and brand-name clothes, their set was clearly a sprint, not a marathon. These guys ran around and hyped up the crowd opening with “Rubbin off the Paint,” their tracks were easy to catch onto. After everyone popped off to “Bounce Out With That,” the stage suddenly cleared and everyone was left in shock after such a short, high-energy set. 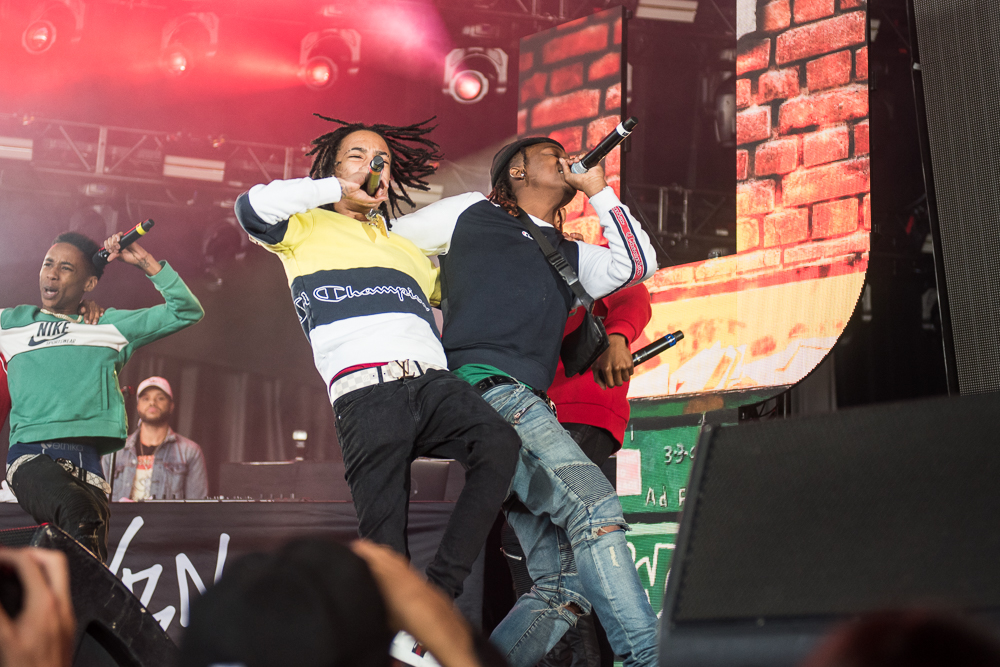 Next up was Murda Beatz, the DJ/producer behind the majority of the hits that have clouded the radio stations for the past couple of years. The set was a little weird; it seemed like no one really knew who Murda was, and was more focused on his hype man running around the stage, assuming the DJ was just playing hits from the past year. However most of the popular hip hop tracks we all know so well are ones he’s on, like “123” and “Do Not Disturb.”

One of the names it seems like the world had forgotten about a bit in the past few years, Ty Dolla $ign was next to take the sage, singing to all the girls in the front rows while the rest of the crowd sang along. While he has his own albums, Ty appears to be most successful as a featured artist on other people’s albums. “OTW” and “Swalla” proved to be perfect examples of that, however “Love You Better,” his own track, also reminded the crowd who he was. 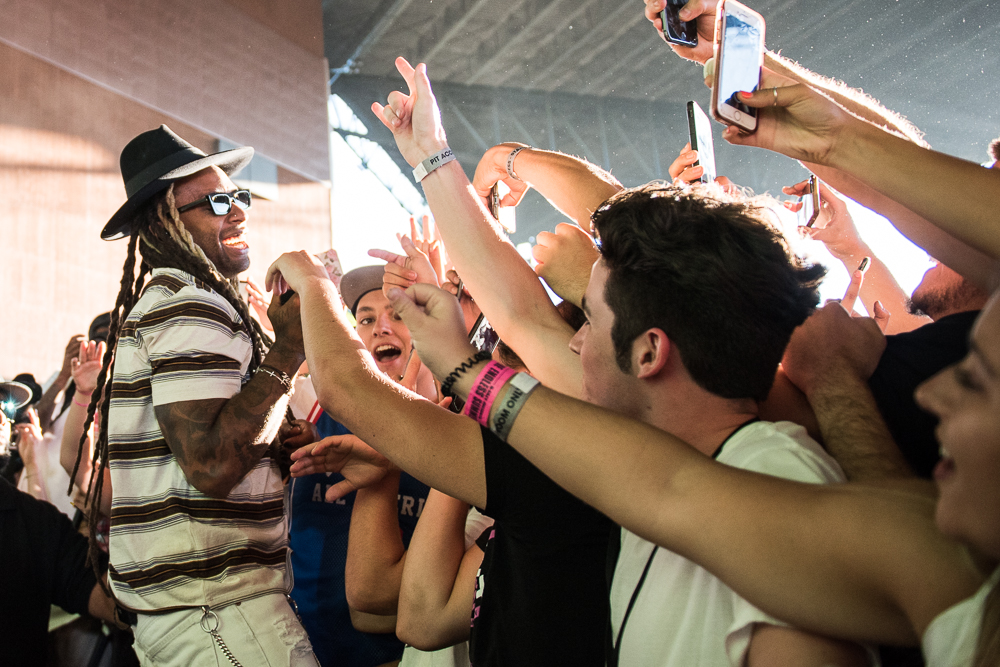 If there was one question that would certainly divide the crowd on day one of the endless summer tour, it was this: Should Lil Uzi Vert have been the headliner instead of G-Eazy? But regardless of your answer, it seemed like everyone in the amphitheater was more than happy to party with Lil Uzi for his set. A small guy bouncing around the stage with some of the most vivid facial expressions I’ve ever seen, this guy has a stunning performance. He’s bursting with energy that’s contagious, setting him up for an incredibly fun set.

When G-Eazy’s set finally started, it of course was nothing short of a full-on production. Cars on stage, guests form earlier in the night, and the songs that everyone’s been singing recently, G knows how to party.

Emerging from smoke in the back of the stage, he walked on stage sporting sleek black dress pants and a black lace button-up, all contrasting his newly bleached hair to open with “Pray for Me.” The crowd in the front packed in as much as possible, reaching to the rapper as he made his way around the stage.

I’ve seen G three times now, and while The Beautiful & Damned is the album of his that I’ve listened to the most, there’s always one song that sticks out live for me. In all three of his sets that I’ve seen “Some Kind of Drug” always seems to work perfectly live. Sure, his newer and more hype stuff is wild with the whole crowd, but “Some Kind of Drug” just brings everyone together under soft lights for a moment that’s hard to capture in just words.

The killer Endless Summer Tour lineup delivered the night promised: one filled with some of the biggest hip-hop names around today brining some of the scene’s favorites all into one space for the night. G delivers every single time, and this July night was no different, this time just with the help of some friends. 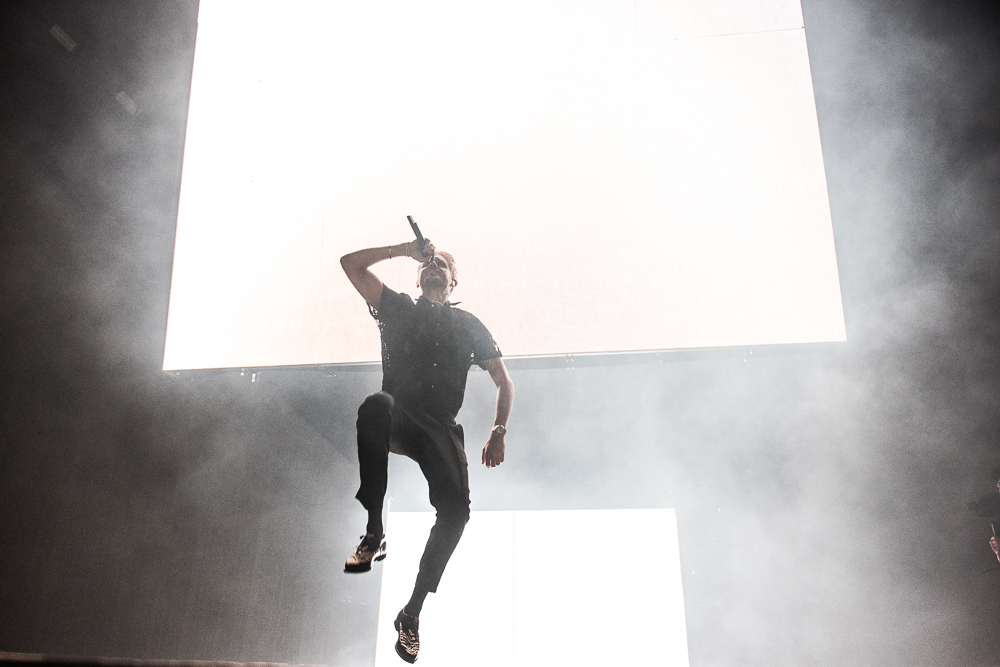