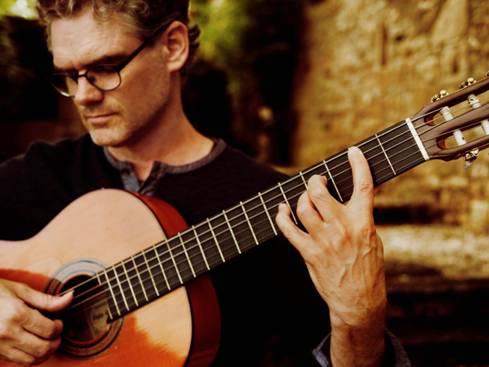 Acclaimed Canadian guitarist, composer, and producer Jesse Cook is gearing up for a West Coast headlining tour, which will be stopping through Seattle for two days, on February 10th and 11th, at the Neptune Theatre.

Just this past September, Cook released his latest studio album, Beyond Borders, which debuted at #1 on the iTunes World Music Albums Chart and remained atop the chart for a week. The 12-track album features lead single “Double Dutch” (as well as “Hembra,” whose official music video was shot in Cartagena, Colombia this past fall.

Living up to the album’s title, the JUNO Award-winning musician’s new record explores a sonic landscape unfettered by geography, ethnicity and musical styles to forge a unique world music hybrid. Recorded over two years in Toronto, Beyond Borders is the follow-up to 2015’s One World. The new album places Cook in the driver’s seat as he wrote, recorded and arranged the music, creating templates with deep emotional foundations before inviting collaborators to add nuance and shading to the compositions.