Make sure you are checking the #100Bands100Days hashtag on Twitter on a daily basis to stay on top of all the bands featured and be sure to follow Verity and NW_Music_Scene there. Some days the featured act could be an established and locally-adored northwest-based musician and other times they could be a band with a small following that just hasn’t had their deserved time in the spotlight yet. Either way, we’re fairly confident you can come away from this daily segment with plenty of new favorites. Today’s featured artist is Heir Apparent.

Founded in 1984, Heir Apparent issued a pair of groundbreaking albums in 1986 and 1989 that remain highly regarded in Europe. Their debut effort, 1986’s Graceful Inheritance, remains the highest rated album in the history of Germany’s ROCK HARD magazine, while One Small Voice is regarded as a pioneer of the progressive metal genre. After the early success, the band took a decade off.

In March of 2015, vocalist Will Shaw joined Heir Apparent to perform their first of four scheduled “30th Anniversary” festival appearances in Italy, Greece, and Germany. In June 2016 Heir Apparent signed a third album contract with No Remorse Records, leading to the release of The View From Below on October 15, 2018. Heir Apparent will be returning to Europe in 2019 for several festivals, including the Rock Hard Festival and Headbangers Open Air in Germany. Early reviews for the new album, The View From Below, have been fantastic.

When one discusses influential northwest metal bands, no conversation would be complete without the legendary Heir Apparent but after a great deal of early success in the 1980s, they called it quits for a decade. Although the band got back together in the 2000s and have played a number of large metal festivals in Europe, in October of 2018 these prog-metal trailblazers put out The View From Below, an 8-song collection that sounds like it could have been locked away in a time capsule for the last 29 years. The album puts on full display all that the band has to offer, from blazing guitars, ferocious drumming and thunderous basslines, soaring vocals and superior production. Although there are plenty of high-octane numbers on the new release, the piano-drenched rock ballad “Here We Aren’t” shows the more delicate side of the band. This album is a “must-listen” for any fans of the metal genre, especially those that remember the good old days of power metal. Give it a listen on Spotify HERE or on Bandcamp HERE and get ready to have your face melted. 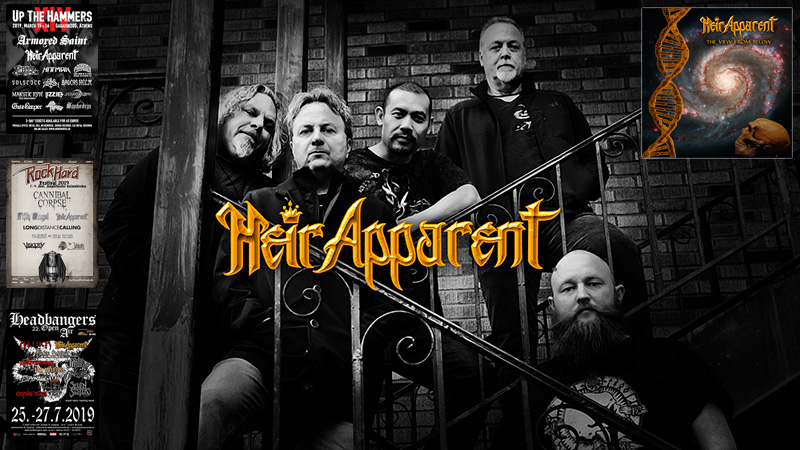