Music fans of the Pacific Northwest, hello and welcome back to our third annual year-end daily countdown, 100 Bands in 100 Days, where every day until December 31st, we’re showcasing a new band or artist you have to know about, presented by Verity Credit Union. Follow the #100Bands100Days hashtag on Twitter to stay on top of all the bands featured and make sure to follow Verity on Twitter as well. Some days the featured act could be an established and locally-adored northwest-based musician that perhaps you haven’t been turned onto yet, and other times they could be a band with a small following that just hasn’t had their deserved time in the sun yet. Either way, we’re fairly confident you can come away from this daily segment with plenty of new favorites. Today’s musical offering is a band called HER that calls Seattle home. 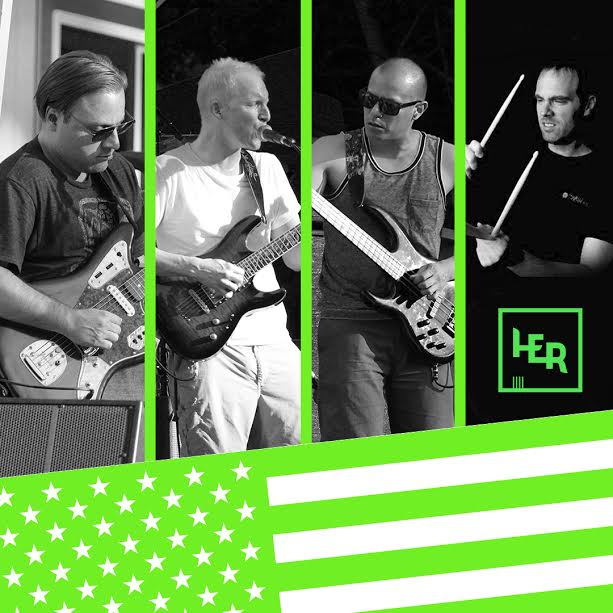 One thing we really love to do with these features is to tell people about bands that they almost surely have never heard of. Many well deserving but tragically underexposed bands around the northwest can attest to the fact that we don’t waste time looking at how many fans a band has on social media. It’s just not a factor for us. So with that, today’s band is HER, they have 144 fans on Facebook but don’t let that sway you, they are worth checking out for sure. Their music seems to live right on the edge of the alternative music world, mixing in indie and perhaps some power pop with progressive undertones at times.

The band released an energetic four-song EP in 2016 called The Narrator that is full of fast-paced alternative music. The band consists of Justin Mann and Brent Young sharing the vocal and guitar duties, with Gil Covarrubias on bass and Kevin Past sitting behind the kit.  Brent and Gil have been playing music off and on since high school.  Kevin had joined Brent and Gil in a different project in 2006 – Something Vital. In 2015 they decided to play together again and have called themselves HER.

This is another northwest band we didn’t even know existed until we opened the submissions for this showcase. Based on the strength of the title track of the EP though, we’d recommend checking them out.

(You can check out HER on Facebook and you can listen to them at Soundcloud and/or stream ‘The Narrator’ EP below.)