Make sure you are checking the #100Bands100Days hashtag on Twitter on a daily basis to stay on top of all the bands featured and be sure to follow Verity and NW_Music_Scene there. Some days the featured act could be an established and locally-adored northwest-based musician and other times they could be a band with a small following that just hasn’t had their deserved time in the spotlight yet. Either way, we’re fairly confident you can come away from this daily segment with plenty of new favorites. Today’s featured artist is Daydream Machine.

In 2014, Daydream Machine’s first record Twin Idols was released by Picture in My Ear Records. Through tightly woven vocal harmonies and adventurous guitar and synth arrangements, the band played with elements of dream pop, post-punk and neo-psych. They toured the west coast, supporting the LP, and had started to generate some buzz in psychedelic and shoegaze circles.

Their sophomore effort, The Show Must Not Go On (Picture in My Ear, 2017) departs from its harmony-centric predecessor, and marks a change in lineup. The Show is driven by rhythmic grooves and roomy arrangements that feature fuzz-drenched leads, lots of knob twirling synths and sax solos. The Big Takeover featured The Show on it’s 2017 year-end lineup.

Our featured band for today is quickly making their mark in northwest music circles and beyond by delivering a groove heavy blend of psych-soaked melodies. Daydream Machine is not afraid to experiment and try new things, they repeatedly throw out the script out the window and use every weapon at their disposal in developing their unique spaced-out sound. Check out their latest album on Bandcamp HERE. 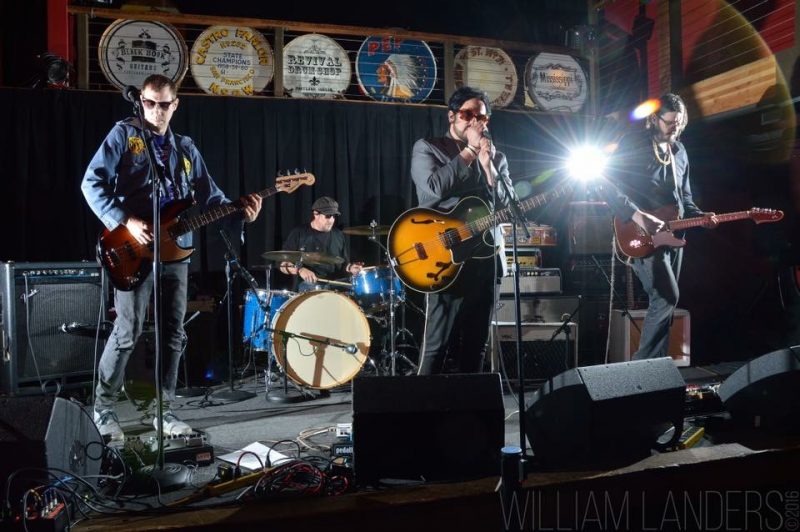