Make sure you are checking the #100Bands100Days hashtag on Twitter on a daily basis to stay on top of all the bands featured and be sure to follow Verity and NW_Music_Scene there. Some days the featured act could be an established and locally-adored northwest-based musician and other times they could be a band with a small following that just hasn’t had their deserved time in the spotlight yet. Either way, we’re fairly confident you can come away from this daily segment with plenty of new favorites. Today’s featured band is Crater.

Earlier this year we reviewed the latest release from a band we around here have grown fond of. We reviewed their last two releases and here’s some of what we said about the latest one, Unearth:

At the moment, electronic duo Crater is Seattle’s best kept secret. From their hauntingly beautiful album Talk To Me So I Can Fall Asleep in 2016, to the 2017 politically charged track “MYBODY,” Crater has been consistently releasing quality tunes for the last couple years. As we face the beginning of 2018, Crater’s newest album is easily one of the best released in the wake of the new year. Entitled Unearth and released on January 12th, listening to Crater’s record from front to back feels like entering your own virtual soundscape of mystery, romance, and dreams.

Love is the centerpiece of Unearth, but it isn’t tackled in such an ordinary way. The hushed sophistication and introspective lyrics found throughout this album add a creative spin to Crater’s work, which makes it more intriguing every time you listen to it. “Novocaine,” the first single off of Unearth, proves this idea to a tee, as vocalist Ceci Gomez sentimentally croons, “Feelin’ like a joke / ‘cause you know you lost control” among a booming and brooding synth overlay.

The most personal tracks on Unearth are the ones that make the biggest statement on the record. “Total Slugger” comes off the most aggressive and straightforward out of the bunch, as the story of a toxic relationship and a self centered lover unfurls amidst a gritty and ominous instrumental.

Check out the album HERE and be prepared to fall in love with them if you haven’t already! 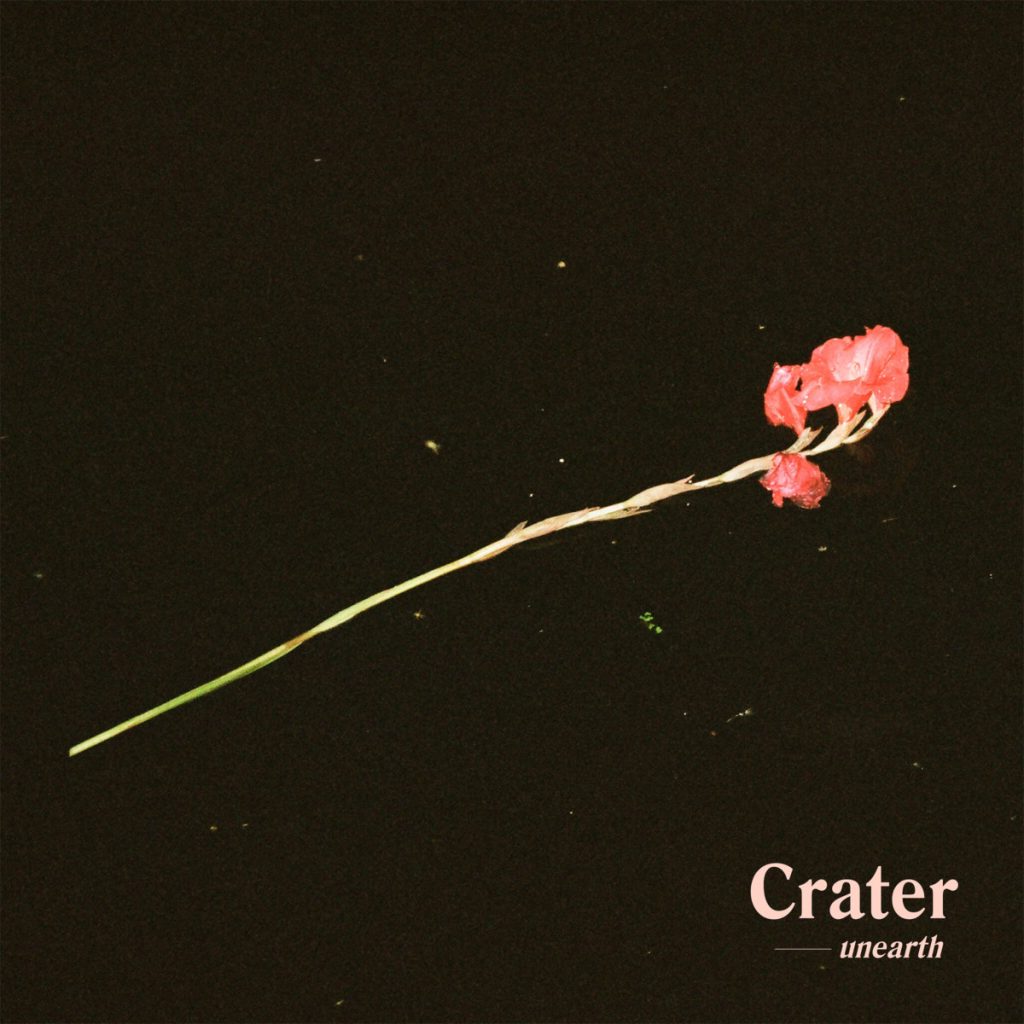 The band’s been quiet on social media lately and we couldn’t find any shows currently listed but let’s hope that changes soon.