Ladies and gentlemen, and all local music enthusiasts, merry Christmas Eve and welcome back to the fourth annual outing of our year-end daily local music spotlight, 100 Bands in 100 Days, where every day until December 31st, we’ll be showcasing a new band or artist on the cutting edge of the Northwest, presented by Verity Credit Union. Make sure to check the #100Bands100Days hashtag at Twitter daily to stay on top of all the bands featured, and make sure to follow Verity on Twitter and NW_Music_Scene as well. Some days the featured act could be an established and locally-adored Northwest-based musician and other times they could be a band with a small following that just hasn’t had their deserved time in the sun yet. Either way, we’re fairly confident you can come away from this daily segment with plenty of new favorites. On this Christmas Eve, we’re turning the tides a bit by looking at a prolific and under-the-radar solo musician deserving of your attention, Brian F. 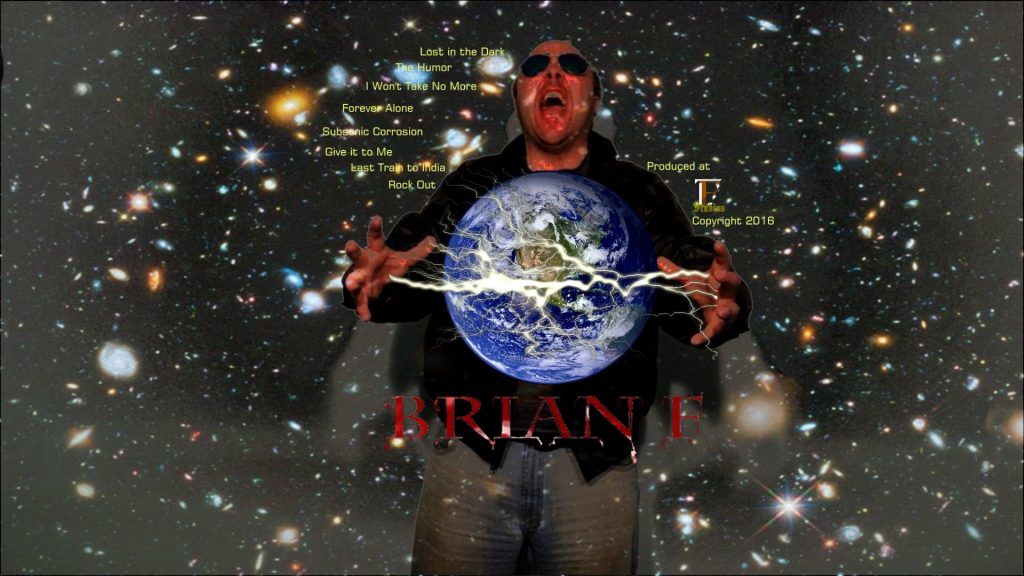 Musical lifer and audio engineering wizard Brian F unsurprisingly inherited his affection and devotion to sound from his already music-obsessed family, gaining a perfect sense of rhythm by the age of two, and procuring his first drum kit just three years later. Later, he would decide he wanted to move on from just being a drummer and decided to pick up two new instruments, his dad’s electric guitar and bass. He began recording his own songs at the age of 13, laying down his particular take on classic rock riffage and heavy metal momentum to tape decks with microphones, all from the comfort of his home. This early interest in DIY home recording and production eventually led Brian to his natural gift as a home-studio audio engineer in the Northwest.

Brian F has been no stranger to praise and accolades in the many years he’s been musically active, once receiving an award back in 2005 for the #7 Best Drums in Rock of All Time by the prestigious, but now-defunct online music community and competition site GarageBand.com, reaching that high ranking out of hundreds of thousands of other rock artists around the globe, notable and small. More recently, Brian has been recording his own music at his home studio, his modern tracks sticking passionately to his developed tastes in rock; some songs have the whiplash-inducing thrashy goodness of bands like early Metallica or Megadeth, while other songs like “Crazy” and “Give It to Me” indulge in odder production techniques, in combination with the beefy rock instrumentation.

Brian F is currently on the search for a full band with which to take the world by storm. Those of you dedicated to rock that want some good, earnest modern rock, check out Brian F.

(You can listen to Brian F below via ReverbNation; make sure to keep up with ­­­­­Brian F via Facebook.)