Music fans of the Pacific Northwest, hello and welcome back to our third annual year-end daily countdown, 100 Bands in 100 Days, where every day until December 31st, we’re showcasing a new band or artist you have to know about, presented by Verity Credit Union. Follow the #100Bands100Days hashtag on Twitter to stay on top of all the bands featured and make sure to follow Verity on Twitter as well. Some days the featured act could be an established and locally-adored northwest-based musician that perhaps you haven’t been turned onto yet, and other times they could be a band with a small following that just hasn’t had their deserved time in the sun yet. Either way, we’re fairly confident you can come away from this daily segment with plenty of new favorites. Today’s featured artist is somewhat of a left-hook for this segment, a prolific and difficult-to-pin-down Seattle-based production wizard by the name of 회사AUTO. 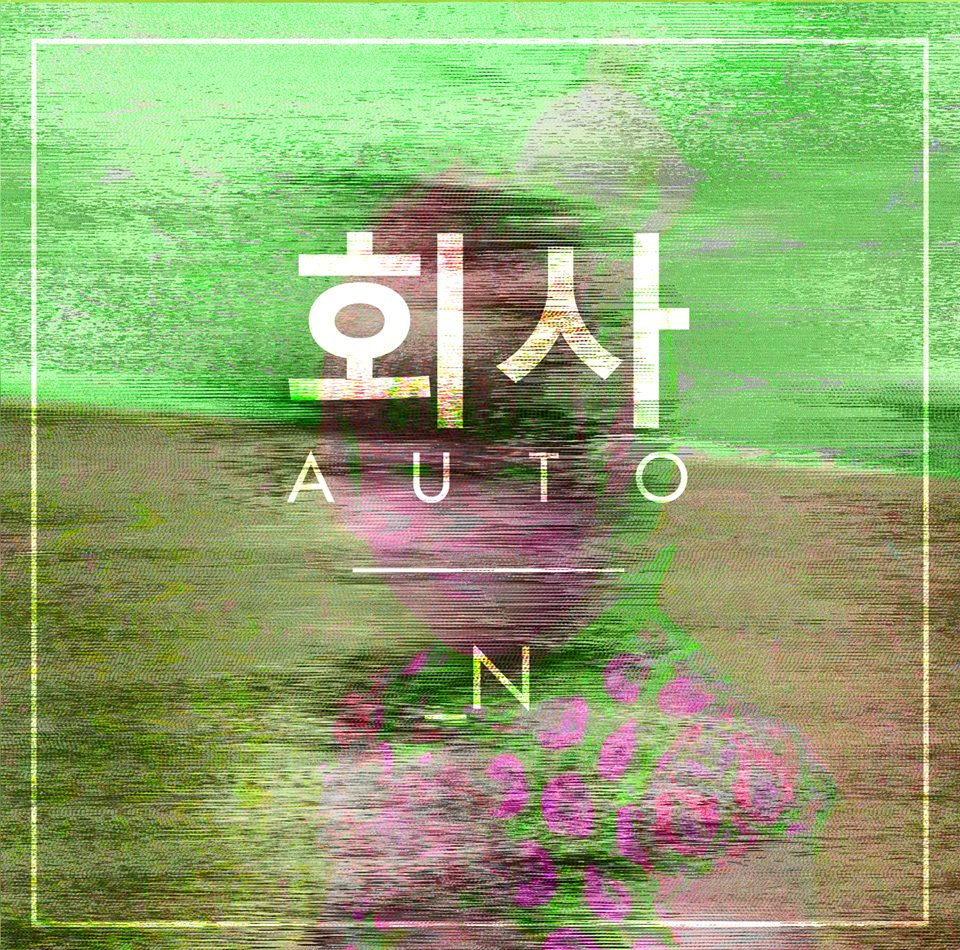 Between the release of 2814’s hotly-anticipated sophomore full-length, genre veteran Vektroid coming together with rapper Siddiq for one of the most perplexing hip-hop fusion records in recent memory, and Vancouver’s Blank Banshee returning from out of the shadows for one of 2016’s best records across all genres, now is a pretty fantastic time to be alive if you’re an enthusiast of vaporwave, and in this underrated, ever-evolving electronic music subgenre, few do it better than Seattle’s own 회사AUTO. The anonymous mastermind behind 회사AUTO (Hwae-Sa AUTO) is no stranger to the world of digital music, having produced electronic and ambient music in his established left-field, texturally-vivid style since 2011 through his work under the name Zaturn Valley, but it wouldn’t be until he began releasing one sharp, immaculate-sounding record after another under his 회사AUTO moniker in late 2012 that he began turning heads in the extremely dedicated and passionate online vaporwave community. His work drew people in through its retrofuturistic sound, which utilizes warm analog synth leads and a generally vintage recording style and overall feel, but with a hefty amount of modern production trickery — glitchy sounds, creative uses of sampling and looping, experiments with stereo panning and channel placement — to give his tracks a beautifully dreamlike quality. It’s music to listen to while dreaming of the stars and the great, vast unknown; closing your eyes and imagining all the awe-inspiring sights you’ve seen and the many you haven’t.

Since the project’s inception, 15 releases have dropped under the 회사AUTO name, and while you pretty much know what you’re getting with a 회사AUTO record if you’re familiar with the project’s work, the outfit is anything but a one-trick pony. On albums like the comparatively accessible -Q-, released in mid-2015, you can catch head-nodding synthwave (“tropic [memories in coral]”), thick, hazy ambient soundscapes (“sleep”), infectiously groovy breakbeat (“air chrysalis“), and even slow-moving art pop in the case of the two tracks (on the standard version) that feature fellow Seattleite Kyle Michael Porter on guest vocals, and these various shades of music are tastefully filtered through 회사AUTO’s signature foggy and enveloping sonic aesthetic. 회사AUTO followed this project up later in 2015 with 仙Android, 회사AUTO’s most skilled, sonically-diverse album to date, and his first to be released through vaporwave’s flagship record label, Dream Catalogue. The record was released around the time he began dropping grim, cyberpunk-influenced ambient-drone records under the name Tech Noir, and his growing fondness for post-Judgment Day sounds carried over into 仙Android in a big way. Whereas previous 회사AUTO releases were ostensibly light and dreamy in tone, 仙Android felt like waking up from the neon-lit, high-saturation dream of past albums and instead facing a monochromatic, mirthless post-apocalypse. Even the most light and upbeat songs on the album (such as the house-influenced, video game soundtrack-ready “Chimera 6 Merger”) have a certain uneasiness to them that compliments the more outwardly dismal tracks (particularly the cybernetic, “Serial Experiments Lain“-esque track “Chem. Shower“) and helps make the somewhat brief, but winding listening experience both evocative and oddly comforting.

While we haven’t heard from 회사AUTO in a full-length album capacity since 仙Android in September 2015, he did drop an excellent Greatest Hits compilation back in February, which serves as an excellent entryway into 회사AUTO’s extensive, labyrinthine, but wholly worthwhile discography. As the outside world only gets colder and colder with each passing day this winter season, take some time out to sit inside by yourself with some good headphones and an endless imagination and let your world as you know it become morphed by the sounds of 회사AUTO.

회사AUTO can be found on Facebook or on Twitter @ZaturnValley. You can find their music at soundcloud.com/auto-7 or through auto-7.bandcamp.com, where you can grab their entire digital discography for a minimum of just $1.50. You can sample their Greatest Hits compilation below via their Bandcamp.