Ladies and gentlemen, and all local music enthusiasts, welcome back to the fourth annual outing of our year-end daily local music spotlight, 100 Bands in 100 Days, where every day until December 31st, we’ll be showcasing a new band or artist on the cutting edge of the Northwest, presented by Verity Credit Union. Make sure to check the #100Bands100Days hashtag at Twitter daily to stay on top of all the bands featured, and make sure to follow Verity on Twitter and NW_Music_Scene as well. Some days the featured act could be an established and locally-adored Northwest-based musician and other times they could be a band with a small following that just hasn’t had their deserved time in the sun yet. Either way, we’re fairly confident you can come away from this daily segment with plenty of new favorites. Today we’re looking at a Seattle area rock band with a meld of influences distinctly theirs, Watch Rome Burn. 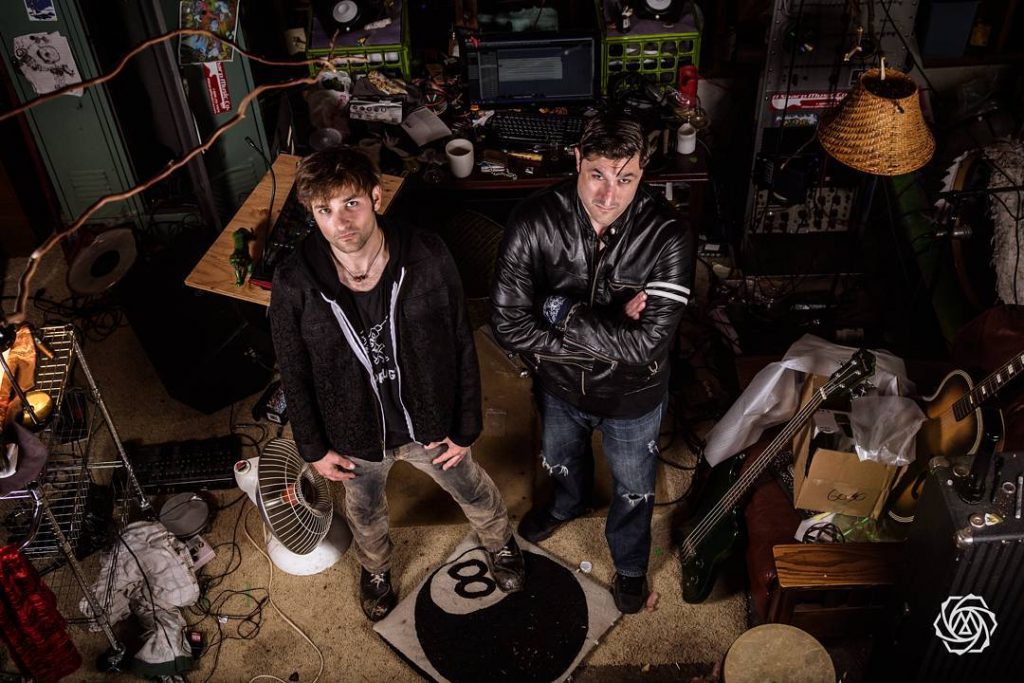 Together as Watch Rome Burn, brothers Jestyn and Drew Cummings have been taking Seattle for a spin with their striking, searing crossbreed of hard rock and metal. One listen to the band’s grungy guitars, puckish drumming, and fetching melodies, and you’ll be hooked. Despite their music sounding unfriendly and intentionally coated in dirt and grime, there’s a good attention paid towards catchy melodies and vocal passes with which you could easily sing along while rocking out in the car. Jestyn’s drumming, though simple for the most part, perfectly match and push forward the momentum of each track, while Drew Cummings’ vocals are similar to his guitar playing: animalistic, scuzzy, but melodic and very pleasing on the ears once the band’s dingy aesthetic settles in with the listener.

Watch Rome Burn’s fiery debut EP, Now on VHS, saw a digital release in July of 2017, putting forth eight tracks of stark, unrelenting mixtures of grunge, heavy metal and rowdy punk rock. The instantaneous fire and ferocity of the EP is present from its barn-burner of an opening track, “Crawl,” which opens with a fat, overmodulated lead guitar that punches through the mix on impact, accompanied with simple, but powerful drums, before Drew’s boisterous singing comes in to turn the energy up that much higher. The aggression and volume levels are pushed even further on later track “Diesel and Tequila,” a track as strong and lethal as its namesake. Since the EP’s release, Watch Rome Burn has brought their savagery to various local venues, including Seattle’s Blue Moon Tavern and Fife’s Louie G’s.

Heavy music lovers of the Northwest, let Watch Rome Burn be the perfect start to your Saturday morning.

(You can listen to Watch Rome Burn’s debut EP via Bandcamp; make sure to keep up with ­­­­­Watch Rome Burn via Facebook, Instagram, and SoundCloud.)