Ladies and gentlemen, and all local music enthusiasts, welcome back to the fourth annual outing of our year-end daily local music spotlight, 100 Bands in 100 Days, where every day until December 31st, we’ll be showcasing a new band or artist on the cutting edge of the Northwest, presented by Verity Credit Union. Make sure to check the #100Bands100Days hashtag at Twitter daily to stay on top of all the bands featured, and make sure to follow Verity on Twitter and NW_Music_Scene as well. Some days the featured act could be an established and locally-adored Northwest-based musician and other times they could be a band with a small following that just hasn’t had their deserved time in the sun yet. Either way, we’re fairly confident you can come away from this daily segment with plenty of new favorites. Today we’re exploring a brand-new project that debuted onto the scene with a bang earlier this year, Deep Negatives. 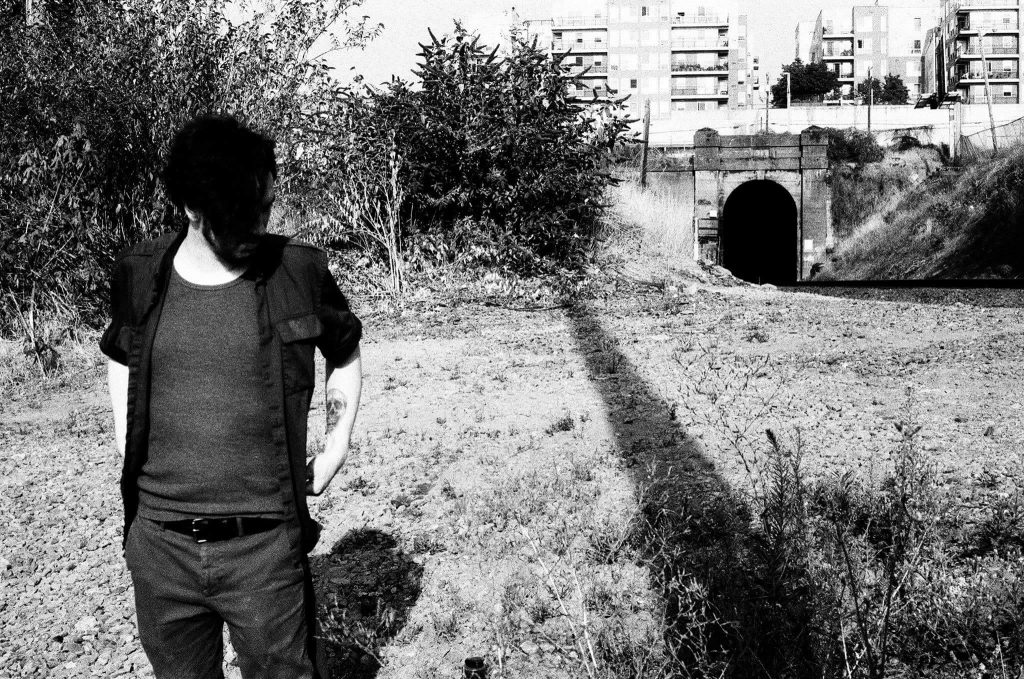 The solo project of Seatttle-via-Everett singer and multi-instrumentalist Josh Ihler, Deep Negatives quickly became Ihler’s main musical project following the break-up of underground Seattle rock band and former 100 Bands in 100 Days featured outfit Crystal Desert. While Crystal Desert leaned heaviest on its 80’s goth rock and post-punk influences for a brooding and lovably dismal rock sound, the music of Deep Negatives feels rawer and even less concerned with volume control. Though “post-hardcore” would probably be the best tag to throw onto the project’s sound because of its winding song structures and technical guitar work, this project packs as much punch as any straightforward, face-smashing hardcore punk tune.

On Deep Negatives’ debut single, “Autopilot,” Josh wastes no time showing off what Deep Negatives is all about. Quickly-strummed punk chords rapidly give way to lumbering drums, chunky, resonant bass, and Ihler’s attention-demanding vocal delivery. Singing in a gruff, but melodic register one minute and dishing out blood-curdling hardcore screams the next, Ihler’s vocals on the track are nothing short of captivating. In his lyrics, Josh paints a portrait of someone that feels on the outs with the life they once knew, asking questions like, “Can I complain with one foot in the door?” Later in the track, over brisk guitar melodies, he sings passionately, “And I’ll never live this down // I dipped my toes to test the water, but if I tread too much I fear I’ll drown.”

While Deep Negatives is still somewhat of a young project, only having one single out to date, the project hopes to have its full-length debut album out before the end of 2017; we can’t wait to see what they do next.