Music fans of the Pacific Northwest, hello and welcome back to our third annual year-end daily countdown, 100 Bands in 100 Days, where every day until December 31st, we’re showcasing a new band or artist you have to know about, presented by Verity Credit Union. Follow the #100Bands100Days hashtag on Twitter to stay on top of all the bands featured and make sure to follow Verity on Twitter as well. Some days the featured act could be an established and locally-adored northwest-based musician that perhaps you haven’t been turned onto yet, and other times they could be a band with a small following that just hasn’t had their deserved time in the sun yet. Either way, we’re fairly confident you can come away from this daily segment with plenty of new favorites. Today’s musical offering is a band called Christa Says Yay from Seattle. 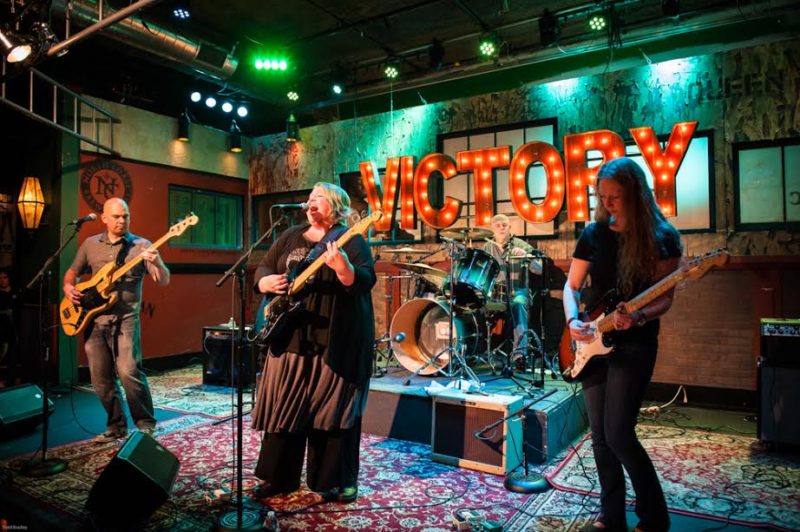 One thing Seattle has no shortage of these days is absolute powerhouse female vocalists. I really hope that the next huge musical movement coming out of the northwest will be all about the female singers from Seattle and the greater northwest. From Star Anna to Jamie Nova and Naomi Wachira and so many more, the list is a mile long but it cannot be complete without the name Christa Fischer of Christa Says Yay.

Christa Says Yay recently got the chance to perform live on Band in Seattle. The episode aired on Saturday Oct. 22, on CW11 Seattle – KSTW. You can watch the episode HERE. The band also released a new six song EP in November called The Raven. The EP has a darker tone featuring a sort of melodic rock/blues/soul hybrid sound and although the songs feel dark, it manages to make the listener feel good after listening by allowing plenty of room for Christa to showcase her great vocal ability.

If you haven’t heard of her before, here’s your chance to check out another of our amazingly talented northwest musicians.

(You can check out Christa Says Yay on Facebook and you can listen to them at Bandcamp and/or stream the new EP below.)