Ladies and gentlemen, and all local music enthusiasts, welcome back to the fourth annual outing of our year-end daily local music spotlight, 100 Bands in 100 Days, where every day until December 31st, we’ll be showcasing a new band or artist on the cutting edge of the Northwest, presented by Verity Credit Union. Make sure to check the #100Bands100Days hashtag at Twitter daily to stay on top of all the bands featured, and make sure to follow Verity on Twitter and NW_Music_Scene as well. Some days the featured act could be an established and locally-adored Northwest-based musician and other times they could be a band with a small following that just hasn’t had their deserved time in the sun yet. Either way, we’re fairly confident you can come away from this daily segment with plenty of new favorites. Today we’d like to turn you onto an outfit that’s been doing it for a minute in Seattle, captivating audiences big and small with their genre-melding alternative folk, Pineola. 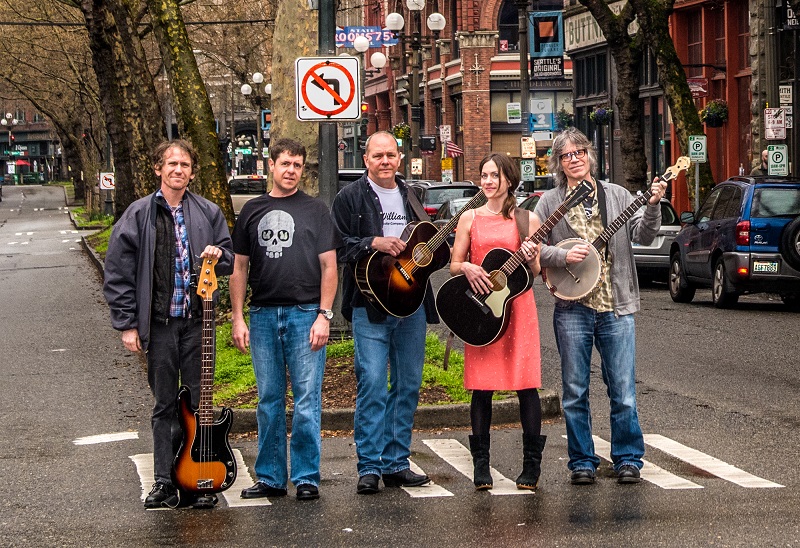 A quintet hailing from Seattle, but consisting of members that come from different American towns, Pineola is as much a cultural melting pot as they are musical. The earnestness of folk music is a big influence on their sound, whether it’s rootsy folk of the past or the Americana-tinged indie folk of more modern acts like Iron & Wine or Fleet Foxes. Acoustic guitar is as likely to rear its head on a Pineola record as a twangy pedal steel guitar, and lead singer Leslie Braly brings a distinct earthy tone to the band’s music that helps push them over the top and help them feel like more than another post-country Seattle folk band.

Pineola’s songs feature patient rhythms, whimsical melodies, and an overall intimate mood. Touches of old-school R&B and rock and roll are present throughout the band’s music, though they tend to keep things on the more easygoing side. They’ve served as a pretty prolific group in the years they’ve been together, releasing two studio albums and one EP across a few years’ time. Ordinary Things, Pineola’s sophomore full-length record, was released in June 2016. The band’s most refined album to date, the album has mood-setting ballads, galloping country jams, as well as cold, calm songs perfect for the winter season. Ordinary Things stays engaging and impressive throughout its 12-track run-time, and is a must for any modern folk or alt-country enthusiast.

Folk lovers of the Northwest and beyond, meet your new love.