Ladies and gentlemen, and all local music enthusiasts, welcome back to the fourth annual outing of our year-end daily local music spotlight, 100 Bands in 100 Days, where every day until December 31st, we’ll be showcasing a new band or artist on the cutting edge of the Northwest, presented by Verity Credit Union. Make sure to check the #100Bands100Days hashtag at Twitter daily to stay on top of all the bands featured, and make sure to follow Verity on Twitter and NW_Music_Scene as well. Some days the featured act could be an established and locally-adored Northwest-based musician and other times they could be a band with a small following that just hasn’t had their deserved time in the sun yet. Either way, we’re fairly confident you can come away from this daily segment with plenty of new favorites. With today’s feature, we’d like to shift genres entirely to explore a cutting-edge new collaborative project taking the worlds of electronic music and synthpop by storm, ELYXR. 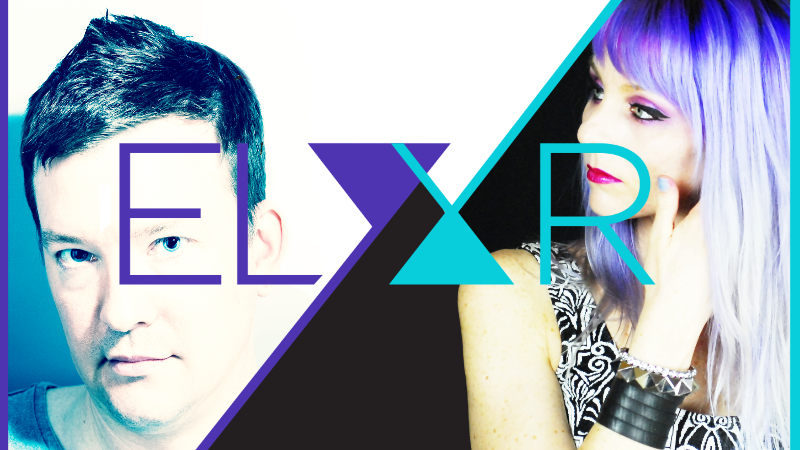 Indebted to the old-school of synthpop music, but with a modern electronic music chic, ELYXR is one of a handful of side projects from Seattle’s Kasson Crooker, known best for his long-running Symbion Project outfit, as well as the left-field baroque-chiptune outfit Rocococo. Where Crooker’s output as Symbion Project tends to lean heavier towards dark, cinematic and IDM-influenced electronic music, ELYXR feels like a conscious effort to push his production technique in a direction that’s way catchier, but feels like a distinct-sounding take on electro-pop. Each song the project releases is a collaborative effort between Crooker and a different singer-songwriter, and while the sound of the production tends to stay fairly consistent from track to track, each singer brings their own electricity to the songs on which they’re featured.

The house-esque “Engine,” featuring Elissa LeCoque from the Brooklyn indie pop band Kodacrome, was the first taste of music to come from this project. A slinky, unassuming piece of indietronica with glitchy percussion and subtle synth stabs, the song was as futuristic and evocative as it was catchy and instantaneous. ELYXR’s follow-up single, “Godspeed,” was a comparatively darker and more off-the-beaten-path record, with vocalist Naoko from Princess Problems riding an infectious, but off-kilter beat, all the while abstract textures dance all around the subtle atmosphere of the track. ELYXR’s output is entirely single-based, with each new song released as soon as they’re ready, leading to a project that’s prolific in their output and enjoyable to follow to see where they take things next.

(You can listen to ELYXR below via Bandcamp; make sure to keep up with ­­­­­the project via Facebook and Twitter.