Ladies and gentlemen, and all local music enthusiasts, welcome back to the fourth annual outing of our year-end daily local music spotlight, 100 Bands in 100 Days, where every day until December 31st, we’ll be showcasing a new band or artist on the cutting edge of the Northwest, presented by Verity Credit Union. Make sure to check the #100Bands100Days hashtag at Twitter daily to stay on top of all the bands featured, and make sure to follow Verity on Twitter and NW_Music_Scene as well. Some days the featured act could be an established and locally-adored Northwest-based musician and other times they could be a band with a small following that just hasn’t had their deserved time in the sun yet. Either way, we’re fairly confident you can come away from this daily segment with plenty of new favorites. In today’s installment of our daily spotlight, we’d like to turn your attention towards a Seattle-based solo act making a splash in the local scene, Tiffany Wilson. 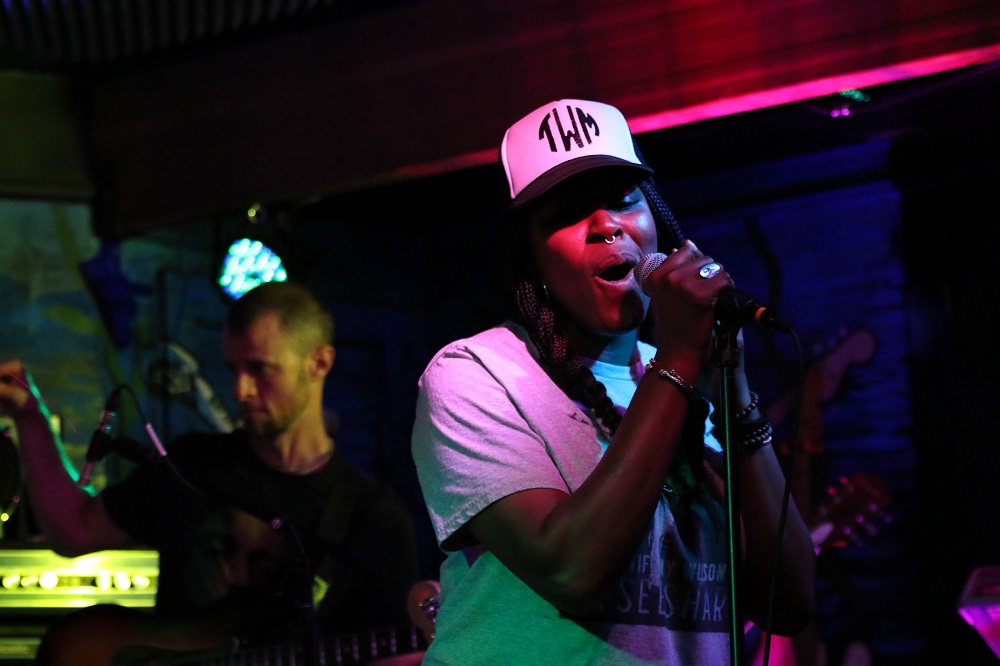 Slowly but surely taking Seattle by storm over the past year, Tiffany Wilson is a contemporary R&B and soul visionary with a distinct approach to her genre-hopping influences. Funk music is an unmistakable force in Wilson’s songs, her soulful vocals usually swaying along with funky, contagious guitar grooves. Wilson and her band also owe a lot to the worlds of sultry, intimate R&B, and their tender, soulful side goes down like smooth whiskey. A Memphis transplant from a very young age, Wilson signed with Hendrix Records at age 19, eventually releasing her solo debut record Music Therapy in 2009.

Tiffany Wilson’s music has the rare ability to sound both stylishly retro and refreshingly forward-thinking in their song-craft without either side drowning the other out. Her latest album, 2016’s #SeeSharp, is the singer’s most refined and profound release to date, laced with feel-good foot-tapping funk anthems, slower, sadder songs driven by lyrical themes of self-reflection, introspection, as well as songs that deal directly in strong political themes. Listening through #SeeSharp, it’s no wonder Wilson was among the local acts chosen to play the inaugural 2017 Upstream Music Festival. In the live setting, her vocals have an emotional resonance that few other modern singers can capture.

Modern R&B lovers of the Northwest, Tiffany Wilson needs to be on your radar, an innovative solo artist helping push the genre forward.

(You can watch the music video for Wilson’s single “Shut the Door” below via YouTube; make sure to keep up with Tiffany Wilson via Facebook, Twitter, and SoundCloud.)