Music fans of the Pacific Northwest, hello and welcome back to our third annual year-end daily countdown, 100 Bands in 100 Days, where every day until December 31st, we’re showcasing a new band or artist you have to know about, presented by Verity Credit Union. Follow the #100Bands100Days hashtag on Twitter to stay on top of all the bands featured and make sure to follow Verity on Twitter as well. Some days the featured act could be an established and locally-adored northwest-based musician that perhaps you haven’t been turned onto yet, and other times they could be a band with a small following that just hasn’t had their deserved time in the sun yet. Either way, we’re fairly confident you can come away from this daily segment with plenty of new favorites. Today’s musical offering is a band called Breaks and Swells that calls Seattle home. 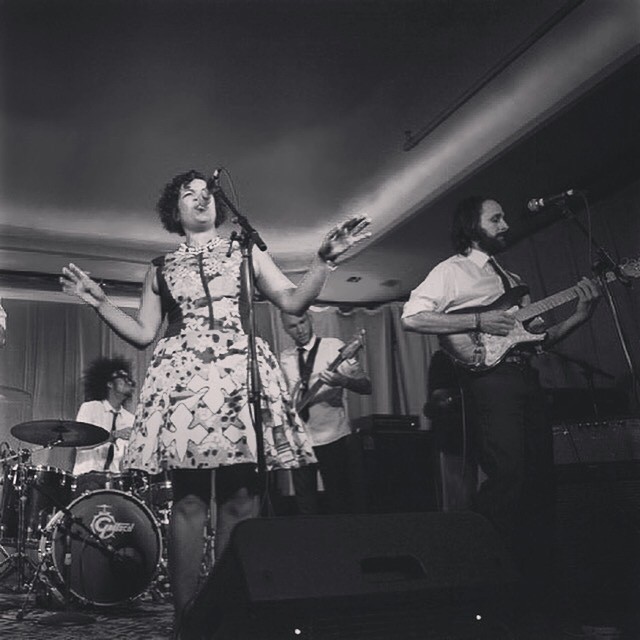 Even though we love all types of music at this website, we’d be lying if we said we didn’t have some favorite genres. A few of those are funk and soul, and when a band manages to capture what is great about each of those genres and meshes them, together it can be quite wonderful.  Today’s artist Breaks and Swells certainly thrives in this part of the music world. The songs are filled with hooks and infectious grooves that makes you want more. Without a doubt Marquetta Miller has one of the best voices in the northwest but she is surrounded by a fantastic group of musicians that do nothing but elevate her sweet sound.  Listening to their music is like a trip back into time but without feeling dated, it’s a type of new soul(and so much more) that works for today and works well!

From the band’s bio:

When it comes to putting groove in your shoes and sting in your step, Breaks and Swells has what it takes to keep you dancing all night long. Always in full form and ready to make a crowd swing and swoon over the smoky-sweet vocals of Marquetta Miller paired with the crisp and clean delivery of her band always leaves audiences shaken and stirred with hip riffs and gruesome grooves.

With influences ranging widely across the spectrum of soul, rock, funk, jazz, and pop, Breaks and Swells are hard to pin down. What isn’t hard to understand is the power and energy they bring to live performances; convincing even usually hard-to-sway Seattle crowds to get down and dance. The voice of front-woman Marquetta Miller has shades of Diana Ross with an unexpected edge. Derrick Jones on drums and recent addition Brice Ervin on bass, pull from unexpected sources for their rhythms. In addition to sharing song-writing duties with Miller, guitarist Dylon Tubb and pianist Quinton Harris have a major hand in the band’s arrangements and over-all sound.

A rotating cast of horn players features Jeremy Shaskus and Mike Lundquist. Breaks and Swells are no stranger to Seattle festivals, having played sets during the Macefield Festival, Capitol Hill Block Party, and Noise for the Needy. The band self-released an EP in 2014, and had the pleasure of releasing a single in 2016 on Lost Hymn, “Key to Love”, produced by Jerry Streeter. Beginning in early 2017, Breaks and Swells are heading into the studio with producer Erik Blood to get to work on their first full-length album, planned for release in Summer 2017.

If you need a new band to love, check out Breaks and Swells, they have a little bit of everything.

(You can check out Breaks & Swells on Facebook and you can listen to them at their website and/or stream their EP  below.)