Ladies and gentlemen, and all local music enthusiasts, welcome back to the fourth annual outing of our year-end daily local music spotlight, 100 Bands in 100 Days, where every day until December 31st, we’ll be showcasing a new band or artist on the cutting edge of the Northwest, presented by Verity Credit Union. Make sure to check the #100Bands100Days hashtag at Twitter daily to stay on top of all the bands featured, and make sure to follow Verity on Twitter and NW_Music_Scene as well. Some days the featured act could be an established and locally-adored Northwest-based musician and other times they could be a band with a small following that just hasn’t had their deserved time in the sun yet. Either way, we’re fairly confident you can come away from this daily segment with plenty of new favorites. Today our year-end journey leads us to Eastern Washington to explore a dynamic modern rock sextet by the name of As Late As It Takes. 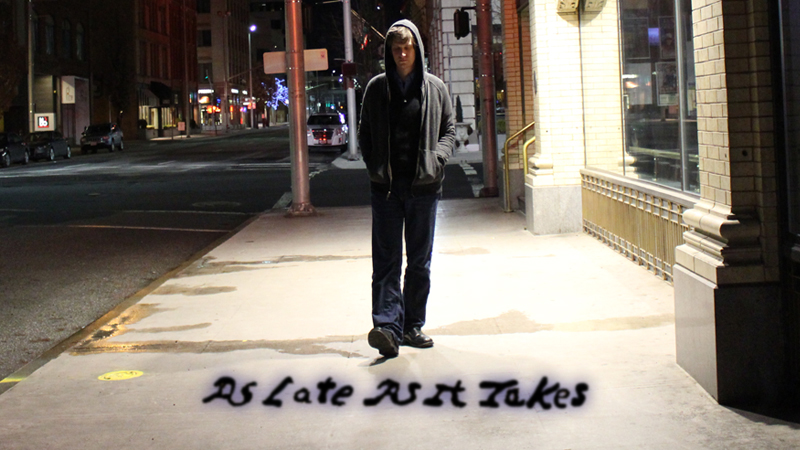 Hailing from the Lilac City of Spokane, WA, As Late As It Takes is a band that’s undertaken many forms since they began playing music together in 2009. Bassist Josh Bartylla and singer-songwriter Eric Nelson rounded out the band’s line-up when it started, originally a modest acoustic rock duo. However, over the proceeding eight years, they expanded their lineup to include six members, and eventually took on a more lofty, varied rock sound mixing symphonic instrumentation with even-keeled, rainy-day indie rock. The presence of drummer Weston Fink, pianist Ruth Henrickson, and dual guitarists Haley Fink and Chris Winter leads to a far grander musical scope, with each instrument in the mix softly weaving itself around the song’s mood and atmosphere.

An interest in the composition of orchestral music from Josh Bartylla eventually led to what would be the debut album from As Late As It Takes, Insomnia in A Minor, released early in 2017. Loosely a concept album that surrounds and explores the sort of lingering, obstructive thoughts of loneliness, self-questioning, and loss of hope that get the best of us late at night, As Late As It Takes use this despondent framework to craft beautiful tunes laced with instrumentation. As its title may imply, Insomnia in A Minor is based in the key of ‘A’ minor, though they seize opportunities throughout the album to utilize related keys and modes to keep things interesting.

If you’re on the lookout for an instrumentally-lavish local rock band with a lot of gusto, look into As Late As It Takes.

(You can listen to As Late As It Takes below via YouTube; make sure to keep up with ­­­­­the band via Facebook.