Music fans of the Pacific Northwest, hello and welcome back to our third annual year-end daily countdown, 100 Bands in 100 Days, where every day until December 31st, we’re showcasing a new band or artist you have to know about, presented by Verity Credit Union. Follow the #100Bands100Days hashtag on Twitter to stay on top of all the bands featured and make sure to follow Verity on Twitter as well. Some days the featured act could be an established and locally-adored northwest-based musician that perhaps you haven’t been turned onto yet, and other times they could be a band with a small following that just hasn’t had their deserved time in the sun yet. Either way, we’re fairly confident you can come away from this daily segment with plenty of new favorites. Today’s musical offering is a band called Blue Helix that hails from Puyallup. 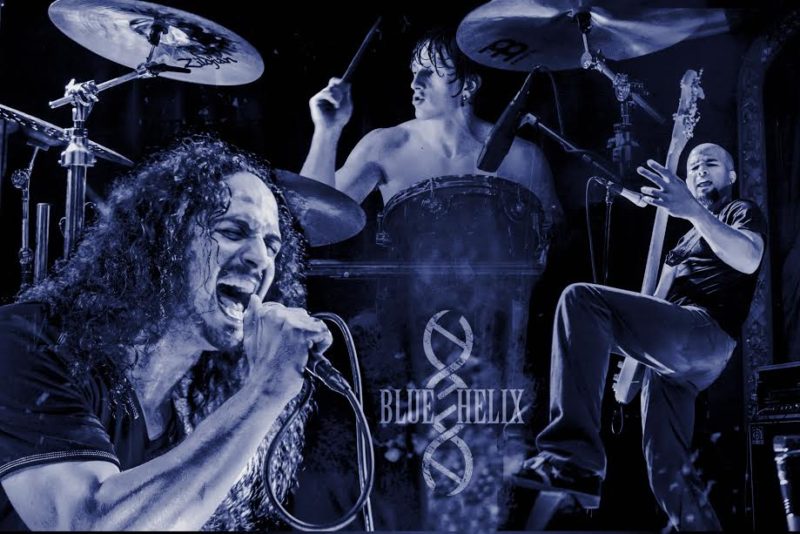 Today’s band, although clearly influenced heavily by all the great bands that have come out of the northwest, isn’t stuck in 1994. They do a great job of grabbing little bits and piece of grunge, mixing it with alternative rock and arena-sized power ballads and have developed their own sound. Over the last 8 years they have been together, they have honed their sound, grown their fanbase and their radio friendly sound is finding its way to the airwaves.

Blue Helix is an independent Alternative Rock band based out of Washington State and formed in 2008. Following the hallowed footsteps of the 90’s movement, their music is a perfect blend of melodic rock and powerful heavy grunge, on the cutting edge of modern rock with a uniquely potent blend of the core genre and its many sub-genres. Thriving on the energies and individual personalities of each member, Blue Helix reigns as a tribute both to its members’ lives and to their vision. Winners of the 2015 Puget Sound Battle of the Bands, Blue Helix is Sami Chohfi (Guitar/Vocals), JC (Bass), Noah Phipps (Drums).

With the amount of press they are getting and the radio airplay as well, 2017 looks to be a monster year for the band and we’ll be keeping an eye on them.