Ladies and gentlemen, and all local music enthusiasts, welcome back to the fourth annual outing of our year-end daily local music spotlight, 100 Bands in 100 Days, where every day until December 31st, we’ll be showcasing a new band or artist on the cutting edge of the Northwest, presented by Verity Credit Union. Make sure to check the #100Bands100Days hashtag at Twitter daily to stay on top of all the bands featured, and make sure to follow Verity on Twitter and NW_Music_Scene as well. Some days the featured act could be an established and locally-adored Northwest-based musician and other times they could be a band with a small following that just hasn’t had their deserved time in the sun yet. Either way, we’re fairly confident you can come away from this daily segment with plenty of new favorites. Today we’re taking our feature in a sparkling, feel-good pop direction with today’s local artist, Seattle’s Charly Tate. 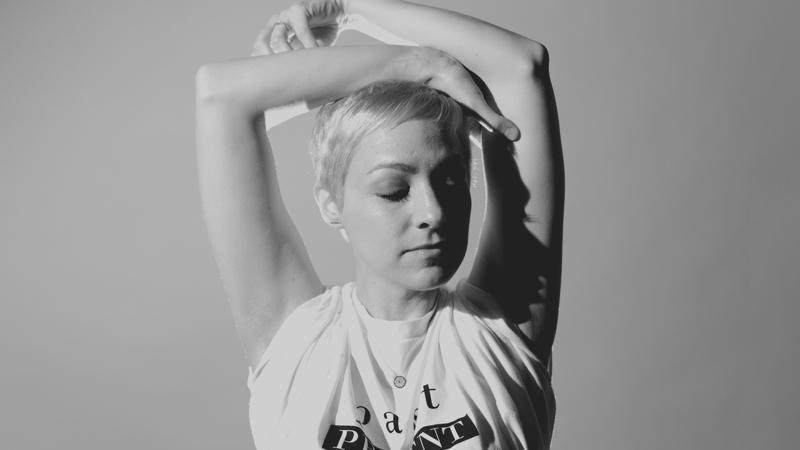 A standout voice in Seattle’s growing array of under-the-radar alternative pop and indie-synthpop acts, the creative output of Charly Tate perfectly encapsulates a realm where the left-field and the infectiously bubbly coexist and complement one another gracefully. Sweet, layered melodies swirl among sweeping synthesizers, with reserved and textured percussion backing up Tate’s direct, sobering vocals. The emotional tone of her voice depends on which song you’re listening to — tender, warm vocals glide along sensually on tracks like “Found” and the surreal “Inside Your Head,” while Tate’s singing grows wearier and more poignant on others like the piano-led ballad “I’m Sorry” and the wintry “Diamond Strings.”

Acting as a one-woman project, Charly Tate records, writes and produces every last bit of her dense, multi-faceted compositions. Tate’s penchant for pop songwriting and unconventional textures culminated in spades with her full-length debut album, Present, released earlier this year. The otherworldly-sounding pop of Tate’s previous singles like “Elated Pieces” and the iTunes-charting single “Light Strands” is noticeably sharpened on singles like “Full Circle,” an 80’s-tinged darkwave slow-burner, and “Stay Gold,” an ominous, far-reaching indie pop tune. Charly’s attention-grabbing vocals feel right at home track after track whether its vibe is room-brightening and inspirational or moody and sentimental.