Make sure you are checking the #100Bands100Days hashtag on Twitter on a daily basis to stay on top of all the bands featured and be sure to follow Verity and NW_Music_Scene on there. Some days the featured act could be an established and locally-adored northwest-based musician and other times they could be a band with a small following that just hasn’t had their deserved time in the spotlight yet. Either way, we’re fairly confident you can come away from this daily segment with plenty of new favorites. Today’s featured act is Somerset Meadows.
.

Somerset Meadows, providing the Portland area with its indie rock and pop needs since 2010.

Formed in the Before Times (circa 2002), and re-invented for this Modern age, Somerset Meadows delivers guitar driven rock ditties meant for this planet and beyond. We are here to play some music, drink some beer, and wear out some earplugs.

Staring out generally a bit more cosmic, we’ve evolved from ethereal, wistful songs about other planets, to straight ahead, locked in, laser focused bangers about music, people and life. We’re making music that’s faster, bigger, and pitched toward the cheap seats in the arena.

Our full length Awesome God of the Sea is almost to the printers. Our follow up EP Recycle Yr Dreams is currently being recorded. And we have another EP that’s done? Look for lots of music soon!

As their bio states above, today’s featured band is on a mission to bring more indie rock infused power pop to planet earth and while the band isn’t exactly trying to reinvent the wheel here, they don’t need to. Instead they plug in and fire away with short numbers that are heavy on fun, packed with clever lyrics and lots of punk attitude. With a ton of new stuff coming out soon they’re definitely one to keep an eye in the upcoming months. So, if you like your tunes quick and to the point, give this band a whirl, we think you’ll end up being a fan. 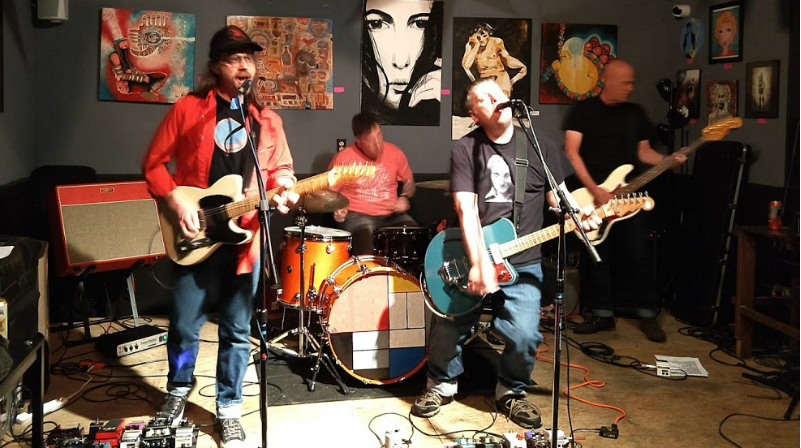