Ladies and gentlemen, and all local music enthusiasts, welcome back to the fourth annual outing of our year-end daily local music spotlight, 100 Bands in 100 Days, where every day until December 31st, we’ll be showcasing a new band or artist on the cutting edge of the Northwest, presented by Verity Credit Union. Make sure to check the #100Bands100Days hashtag at Twitter daily to stay on top of all the bands featured, and make sure to follow Verity on Twitter and NW_Music_Scene as well. Some days the featured act could be an established and locally-adored Northwest-based musician and other times they could be a band with a small following that just hasn’t had their deserved time in the sun yet. Either way, we’re fairly confident you can come away from this daily segment with plenty of new favorites. Today we’re kicking it old-school, with a garage rock quartet that knows how to keep it retro and keep it simple, Del Vox. 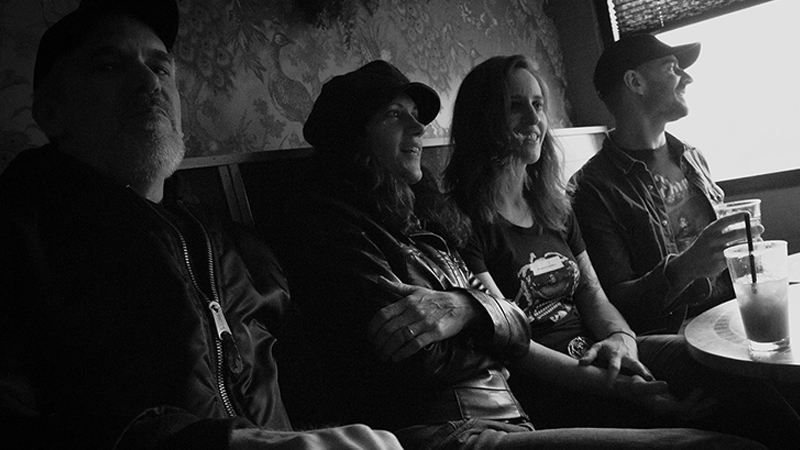 Among the new wave of uproarious, punk-tinged garage rock outfits from all over the world emblematic of the genre today, Del Vox is a rootsier and more tried-and-true garage rock outfit most reminiscent of ’60s greats. Del Vox trades lo-fi guitar grime and unrestrained vocals for classy, rich guitar melodies, sweet, even-keeled vocals, and a strong influence from soul and blues music. It’s hard to listen to the band’s music and sit still; they excel when it comes to the almighty rhythm guitar, whose groove is constantly locked in step with Aimee Zoe’s tight drumming. Guitarist and vocalist Sherri Jerome is the final puzzle piece in the band’s winning sound, laying down her charismatic, soulful vocals over the driving instrumentals.

Del Vox has brought their swagger and stirring live performances to festivals and venues all across not only the United States, but Europe and Australia. Their individual members have their own storied pasts in the local scene, with each one participating in their own diverse projects, and their experience is obvious when listening to the band’s latest studio album, Stereo. With a series of short, but catchy and strongly-written garage rock tunes taking over your stereo from beginning to end, Del Vox have perfected the art of making a new garage rock album with a tastefully-modernized old soul.

(Listen to Stereo below; you can keep up with Del Vox via Facebook and their official website.)