Music fans of the Pacific Northwest, hello and welcome back to our third annual year-end daily countdown, 100 Bands in 100 Days, where every day until December 31st, we’re showcasing a new band or artist you have to know about, presented by Verity Credit Union. Follow the #100Bands100Days hashtag on Twitter to stay on top of all the bands featured and make sure to follow Verity on Twitter as well. Some days the featured act could be an established and locally-adored northwest-based musician that perhaps you haven’t been turned onto yet, and other times they could be a band with a small following that just hasn’t had their deserved time in the sun yet. Either way, we’re fairly confident you can come away from this daily segment with plenty of new favorites. Today’s musical offering is a band called Bob Fossil that calls Bellingham home. 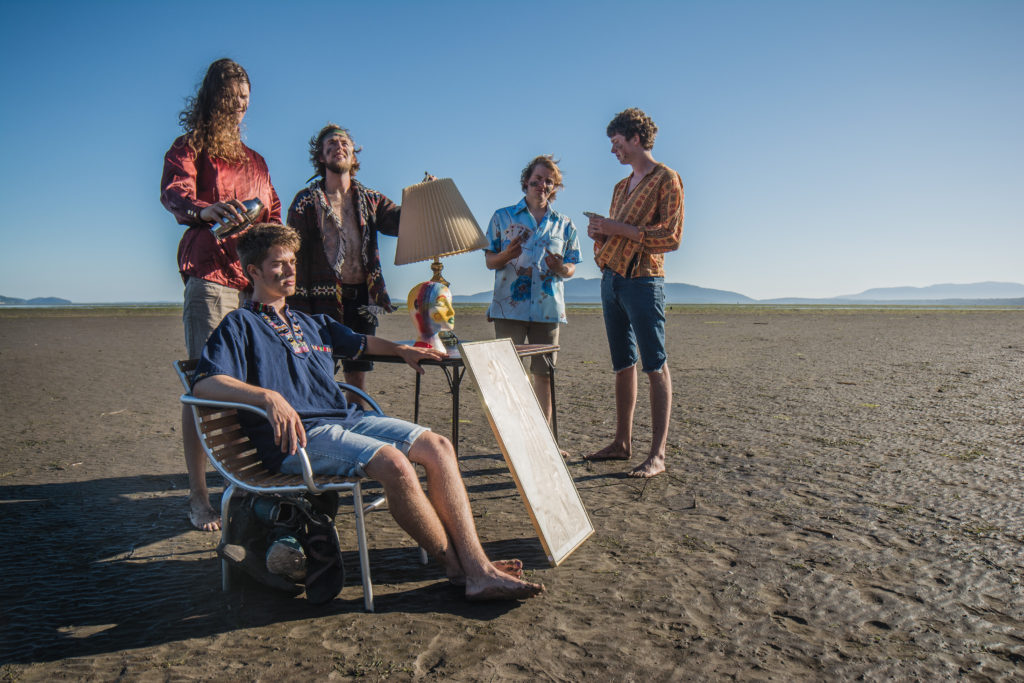 One of the absolute joys of writing about northwest bands is the times in which we uncover what to us are hidden gems. Sometimes these bands have been around for a while and we feel we are late to the party but whatever, better late than never. And although we try to be as inclusive as possible on this website, we’ll be the first to admit that we just can’t cover them all and at times some pretty kickass bands slip through the cracks. Today’s artist falls in the category, in fact the song “Jewels” from latest release American Hippo is easily one of our editor’s  favorite NW songs of the year, certainly in his top 5, which by the way is going to be solid as hell.

The song “Jewels” starts out with a saturated guitar echo and funked out bass riffs before delivering an unpredictable hook that will stay with you for days or even weeks. It’s a sound I would compare to 70s-era Todd Rungren, the vibe, not necessarily the actually sounds that are coming from the band. The piano work on the song is spectacular, although never overdone. It’s used as an audio garnish in short bursts as it works in perfect tandem with the guitar and same exact thing can be said for the stellar trumpet work on that tune. The last minute of the song is an absolute progressive thrill ride as it crescendos to a blazing other-worldly jam status, until finally coming back to earth and allowing the feedback to close things out.

Depending on what song you are listening to, or even parts of songs you are bound to be turned on to all sorts of different genres. The band combines elements of rock n’ roll, funk, blues and progressive styles of music to forge their sound. The 5-piece outfit has put out two albums to date, their first, an eponymous release, and a second album, American Hippo. The band has played all throughout the Pacific Northwest and West Coast and looks to continue sharing a meaningful human experience via music with people throughout the world.

As far as recommendations go, we’ll be disappointed if you do not buy American Hippo immediately.  At the very least make sure you click on the audio player below. Cheers!