Make sure you are checking the #100Bands100Days hashtag on Twitter on a daily basis to stay on top of all the bands featured and be sure to follow Verity and NW_Music_Scene on there. Some days the featured act could be an established and locally-adored northwest-based musician and other times they could be a band with a small following that just hasn’t had their deserved time in the spotlight yet. Either way, we’re fairly confident you can come away from this daily segment with plenty of new favorites. Today’s featured act is Wild Wild Mexico.

Founded in early 2016, Wild Wild Mexico are the newest ensemble founded by Seattle songwriter Cesar Cuevas and Kevin Meuansourinh. The group is comprised of Cesar Cuevas on vocals and guitar, Kevin Meuansourinh on lead guitar, Ryan Edwards on bass guitar and Jody McKane on percussion.
Life long friends Cuevas and Meuansourinh use their complex chemistry to create guitar lines that possess a mystical counterpoint and gorgeous melodies, while the rhythm section of Edwards and McKane allow the songs to swing out into the nether regions and then land safely on Earth for a grounded sense of harmony. The band draws from a wide range of influences, while maintaining a solid foundation in the 1960’s paradigm. Echoes of psychedelia, baroque pop, early rhythm & blues, Morricone and Bob Dylan can be heard throughout the band’s set. Having gained a reputation around Seattle as “a fun bunch of guys”, Wild Wild Mexico shows are regarded as a joyful exhibition of good times and cosmic connection between band and audience. Having completed a full length album of their earliest material, WWM are constantly working on new material that solidifies the band’s distinct sound while venturing into new territories.

As their bio above goes into, this is a band that plays to its strengths, not the least of which is the close connection they have with each other. While they leave those that have a need to label everything scratching their heads, the band has a great sound that rises above genre descriptors. Their Bandcamp hints that their sound is a mysterious surfer cowboy music, and you’d get no argument from us here. No matter what you choose to call this group of country garage punk dealers though, they have an incredibly fun sound that should help them to continue to attract fans across many genres. Check out some tunes below and get ready to become a fan of this band. 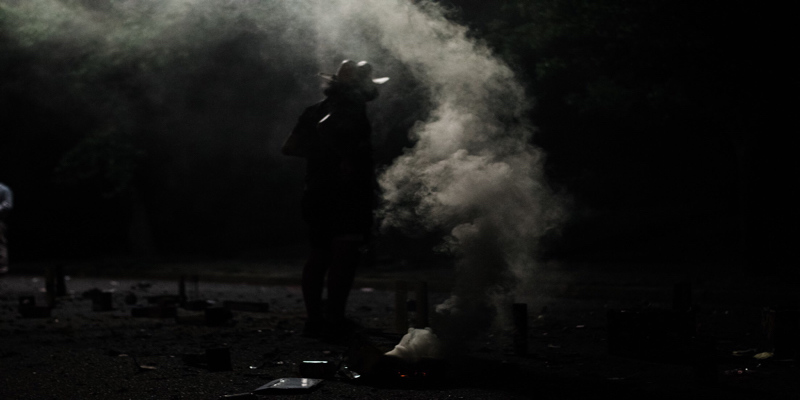