Ladies and gentlemen, and all local music enthusiasts, welcome back to the fourth annual outing of our year-end daily local music spotlight, 100 Bands in 100 Days, where every day until December 31st, we’ll be showcasing a new band or artist on the cutting edge of the Northwest, presented by Verity Credit Union. Make sure to check the #100Bands100Days hashtag at Twitter daily to stay on top of all the bands featured, and make sure to follow Verity on Twitter and NW_Music_Scene as well. Some days the featured act could be an established and locally-adored Northwest-based musician and other times they could be a band with a small following that just hasn’t had their deserved time in the sun yet. Either way, we’re fairly confident you can come away from this daily segment with plenty of new favorites. Today we’re looking at a therapeutic rock band hot off the presses in Seattle’s emotive, moody underground, Dearheart. 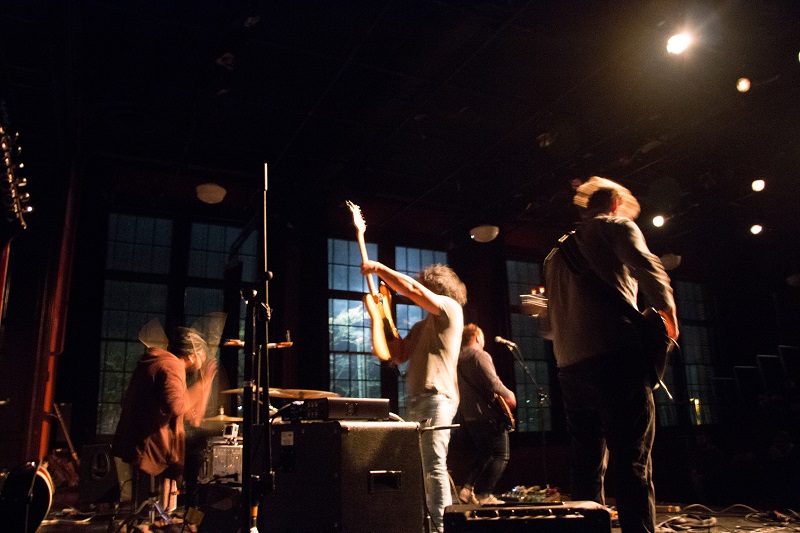 A new face in Seattle’s rock scene, and one whose sound is all over the rock map, Dearheart finds themselves at an interesting crossroads where different genres coexist. Listening to the band’s music, huge influences from emo shine through in the band’s confessional, raw portrayal of hardship and self-reflection, and from the genre’s tendency towards twinkling guitars and slow-burning emotional payoffs, but the songs the band creates feel way fuller and more defined than any one or two genre tags would properly convey. If Dearheart falls under the category of emo revival, their ambitious song structures and layered, busy instrumentation lands them closer to the scene’s experimentalists like The World Is a Beautiful Place & I Am No Longer Afraid to Die than the scene’s more accessible and catchy figures.

Whether it’s the watery guitars splashing away on “Echoes,” the noisy, but climactic rising tension of “Same New Love,” or the driving nature of the lyrically-cutting “Like You Mean It,” each song on Dearheart’s debut EP Temporary Emotions is packed with its own poignant story and illustrious instrumentals. Lead singer and songwriter Steven Denler, who’s also a professional mental health therapist, brings his unique perspective to emo’s usual lyrical brouhaha, accurately and respectfully portraying experiences of depressive episodes and heartbreak in such a way that those dealing with similar issues may find more lyrics to which they can directly relate than usual.

For being such a new act to hit the scene, Dearheart has more going for them in their demos than other bands manage to across their whole discography.

(You can listen to the debut Dearheart EP below via Bandcamp; make sure to keep up with the band via Facebook, Twitter, SoundCloud, and their official website.)