Music fans of the Pacific Northwest, get ready for our fifth annual year-end daily local music showcase, 100 Bands in 100 Days, where every day until December 31st, we’re showcasing a new band or artist you have to know about, once again presented by Verity Credit Union. Make sure you are checking the #100Bands100Days hashtag at Twitter on daily basis to stay on top of all the bands featured and make sure to follow Verity on Twitter and NW_Music_Scene as well. Some days the featured act could be an established and locally-adored northwest-based musician and other times they could be a band with a small following that just hasn’t had their deserved time in the sun yet. Either way, we’re fairly confident you can come away from this daily segment with plenty of new favorites. Today’s featured artist is Second Player Score out of Vancouver, WA.

Second Player Score is a power trio, #nerdpunk, rock band playing music that spans everything from Driving Rock to Pop Punk with killer hooks, melodic vocals, powerful harmonies, and crushing rhythm. Drawing inspiration from 90’s era Green Day, The Offspring, and Bad Religion, SPS brings a high energy rock show to every stage; drawing listeners in with a sound that is truly unique yet, at the same time, oddly familiar.

Second Player Score is currently working on their 3rd full length LP to be released in early 2019. The album, titled Glorified, is a concept album whose story takes place in a dystopian future that continues the timeline of the band’s second album (“Nobody’s Hero”) many eons from where it left off. The story is centered around a woman named Gloria, the once-leader of an elite guard who is being forced to decommission herself – which, in this case, means committing ritual suicide – after being rendered incapable of her normal duties due to an irreparable battle injury.

Rather than take her ceremonious leave of the world, however, she escapes the guard and travels the lands she once enforced law upon, looking for answers about her mysterious past. While coming to grips with her anger, bitterness, and feelings of loss, she – to her own surprise – finds herself befriending some of the lands’ inhabitants (whom she used to despise) and helping to defend them against their oppressive rulers and other rogue elements. In the end, she exacts her revenge upon the leader of her former home, but not without experiencing the loss of attachment she swore would never be part of her life.

While Second Player Score isn’t exactly reinventing the wheel here (nor are they trying to), they infuse an immense amount of new energy into the pop-punk game. Their songs contain more hooks than the fishing aisle at your local Cabelas and there’s almost no way to not get some of them stuck in your head after repeated listens. If you are looking for a fun, energetic northwest band with a great sound, look no further than Second Player Score. 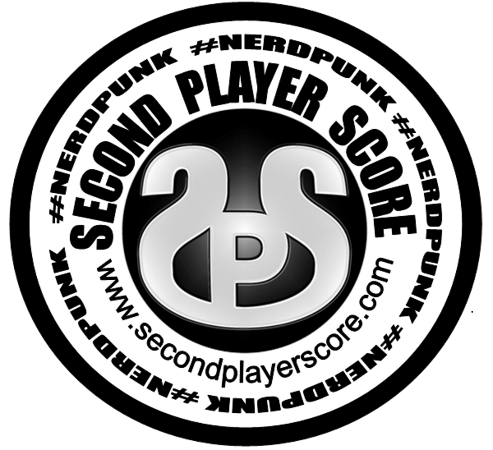 Check out the video for the new single “Liberty’s End” below from the upcoming new album, Glorified and get a free download of the song HERE.