Music fans of the Pacific Northwest, get ready for our fourth annual year-end daily local music showcase, 100 Bands in 100 Days, where every day until December 31st, we’re showcasing a new band or artist you have to know about, presented by Verity Credit Union. Make sure you are checking the #100Bands100Days hashtag at Twitter on the daily to stay on top of all the bands featured and make sure to follow Verity on Twitter and NW_Music_Scene as well. Some days the featured act could be an established and locally-adored northwest-based musician and other times they could be a band with a small following that just hasn’t had their deserved time in the sun yet. Either way, we’re fairly confident you can come away from this daily segment with plenty of new favorites. Today’s featured artist is 200 Trio from Seattle. 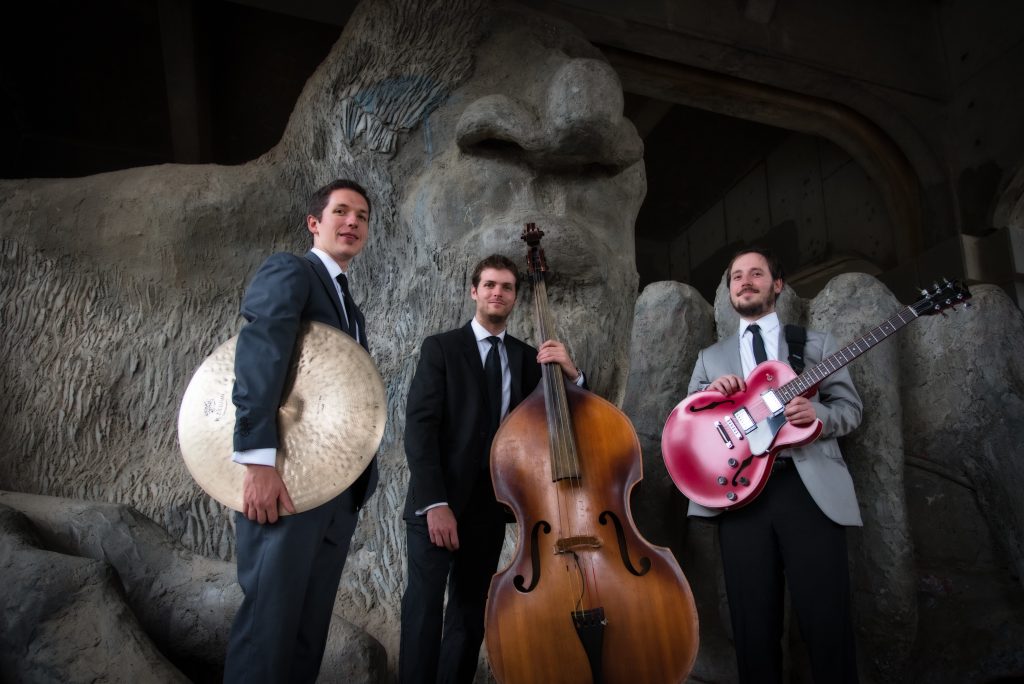 During the 100 Bands in 100 Days showcase we listen to even more local than we normally do and trust us, that’s a lot. The best part of that though  is that we get turned on to so much great stuff and today’s band is no exception. If you are even a little bit into jazz, we think you will really dig today’s offering.  A quick listen reveals that these three guys really know their craft and have put in the time to learn the traditional jazz groove. All three members are masters at their instruments including Greg Feingold with ferocious bass runs on the stand-up, Cole Schuster with sparkling clean guitar work, while the man behind the drum kit, Max Holmberg is shuffling and delivering the goods.

The 200 Trio formed in Boston while its three members were finishing up their time at Berklee College of Music. Drummer and Seattle native Max Holmberg, bassist and Chicago native Greg Feingold, and guitarist and Los Angeles native Cole Schuster moved to Seattle after graduating to pursue their passion for jazz music as a trio. They have since released their debut album, Introducing, opened the 2016 Earshot Jazz awards, performed at most notable venues around the NW, played as featured guests at Whitman College, and will be recording their second album in January.

Again, jazz fans are going love this one, especially people that love the timeless sounds of yesteryear.

(Listen to “Introducing” below via Bandcamp, and get more info about 200 Trio on Facebook HERE.)