Ladies and gentlemen, and all local music enthusiasts, welcome back to the fourth annual outing of our year-end daily local music spotlight, 100 Bands in 100 Days, where every day until December 31st, we’ll be showcasing a new band or artist on the cutting edge of the Northwest, presented by Verity Credit Union. Make sure to check the #100Bands100Days hashtag at Twitter daily to stay on top of all the bands featured, and make sure to follow Verity on Twitter and NW_Music_Scene as well. Some days the featured act could be an established and locally-adored Northwest-based musician and other times they could be a band with a small following that just hasn’t had their deserved time in the sun yet. Either way, we’re fairly confident you can come away from this daily segment with plenty of new favorites. Join us as we take a sharp left-turn from the norm into Seattle experimental rock goodness with today’s band, Slow Elk. 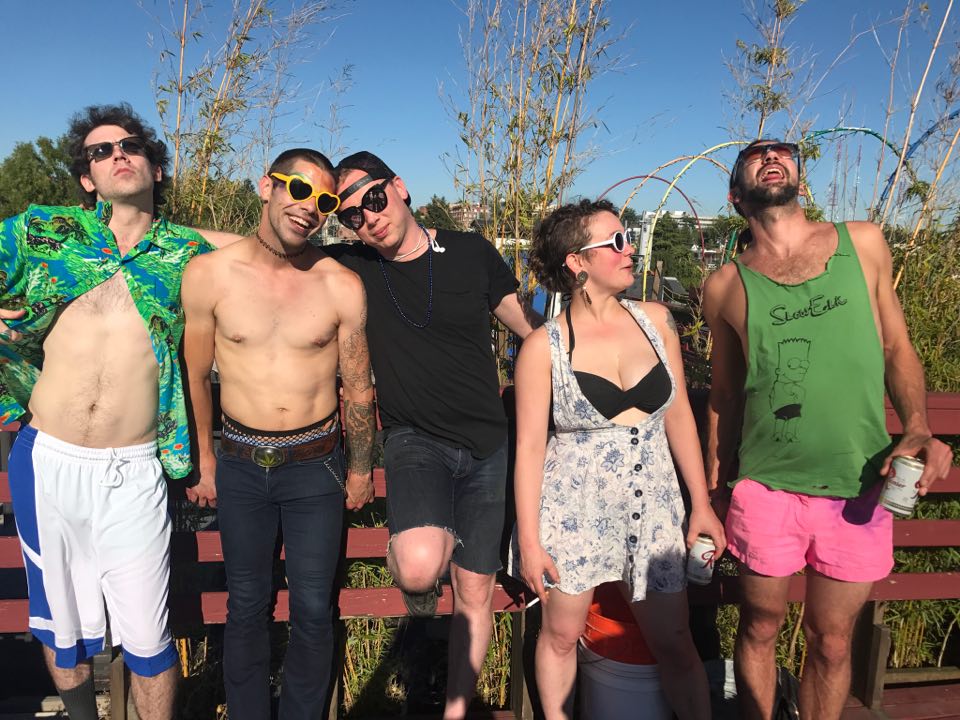 It’s not an easy task to describe just what it is Slow Elk does, but it is easy to convey how well they do it. Waves of over-the-top punk clamor hit the listener upon impact, the sheer velocity and volume making it easy to forget the lack of a guitar in their music. Slow Elk like to test the limit of how emphatic and punchy you can make a rock song without a blown-out electric guitar wailing away on every song, swapping out power chords for a three-piece horn section and topping it with lead singer Ernie Fuglevand’s often shouted vocal delivery. The band has taken on various forms throughout its lifespan, going from a modest bass-and-drums duo to the instrumentally-dense post-punk powerhouse they are today.

Listening to their most recent material, it’s difficult to imagine a time where the band was without their horn section to add that extra flavor and color to their music, but it’s clear the band has spent their time since 2010 honing their craft and developing their distinct style. Their evolving artistic direction culminated in the four-song Imaginary Fanclubs EP, an April 2017 release that blurs the lines between post-punk and cheap beer-swilling dance-rock, with a brittle noise rock finish that’s constantly in the red and isn’t sorry about it. Their no-holds-barred ethos has also earned them a reputation in Seattle’s live music scene, with crowd-pleasing performances everywhere from Capitol Hill Block Party to Seattle Pride.

Slow Elk is currently in the preparation stages of recording a new full-length album with producer Aaron Schroeder behind the boards, and we’re waiting with baited breath to see what they’ll do come next year.

(Listen to Imaginary Fanclubs below; you can keep up with Slow Elk via Facebook and their website.)