Make sure you are checking the #100Bands100Days hashtag on Twitter on a daily basis to stay on top of all the bands featured and be sure to follow Verity and NW_Music_Scene there. Some days the featured act could be an established and locally-adored northwest-based musician and other times they could be a band with a small following that just hasn’t had their deserved time in the spotlight yet. Either way, we’re fairly confident you can come away from this daily segment with plenty of new favorites. Today’s featured artist is Jim Marcotte. 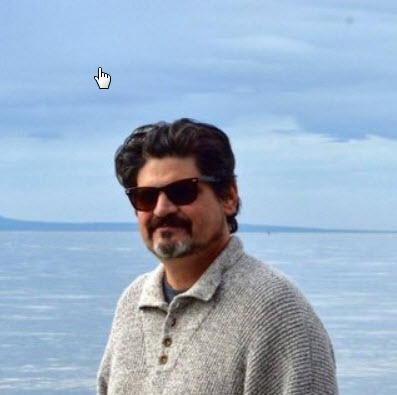 A few years ago we stumbled across today’s featured artist and became fans of his seemingly natural ability to paint with words. The first song we heard was “Queen of Tragedy” and it quickly became story-time as he used music to construct a vivid picture of a love lost or more aptly put, walked away from. It shouldn’t take you long to agree that he’s a fantastic songwriter, on top of his superior chops on the acoustic guitar that compliment his smooth vocals perfectly.

Soulful, Bluesy “Eclectric” Rock- Jim Marcotte brings elements of multiple musical genres to delight your mind. After a lifetime of music since the tender age of 12, Jim has played an array of venues with several different bands and on his own in the 1980’s and 1990’s in the Southern California area.

Jim moved from L.A. to Seattle in 2010 where he has found a whole new world of musical experiences, venues and artists to play with. Along with his extensive and diverse original songs, Jim plays a multitude of covers ranging from classic and current rock, pop, soul and blues artists. Currently Jim is a favorite on the Brewery and Winery circuit playing venues in the greater Puget Sound area.

Jim is currently on hiatus from solo live performances for the remainder of 2018 in order to finish work on his EP.