Music fans of the Pacific Northwest, hello and welcome back to our third annual year-end daily countdown, 100 Bands in 100 Days, where every day until December 31st, we’re showcasing a new band or artist you have to know about, presented by Verity Credit Union. Follow the #100Bands100Days hashtag on Twitter to stay on top of all the bands featured and make sure to follow Verity on Twitter as well. Some days the featured act could be an established and locally-adored northwest-based musician that perhaps you haven’t been turned onto yet, and other times they could be a band with a small following that just hasn’t had their deserved time in the sun yet. Either way, we’re fairly confident you can come away from this daily segment with plenty of new favorites. Today’s musical offering is a Seattle act called Speech Machine that pretty much defies all genre labels. 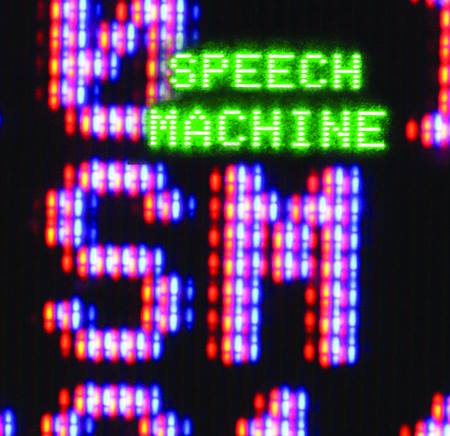 Trying to come up with ways to describe the music that Speech Machine makes becomes even more difficult the more you listen. This project clearly draws some influences from artists like Elliot Smith but it’s pretty hard to find anyone this project actually sounds like. At times the music is soft and shimmery and at other times hopped up with progressive grooves. Heart drummer Ben Smith has lent his stick prowess to some of the songs created by the mind of Martin Charlebois and I guess the best way to describe it, is painting with instruments. Charlebois also has a very interesting story and that has no doubt led to the uniqueness of this band and his willingness to take risks.

In the city of Panjachel, Guatemala a band of musicians played to an unexpected cyclone of bats. The bats circled the musicians adding a unique layer of high-pitched screeches to the music. As Martin Charlebois played his guitar it seemed as if all the events beforehand had been leading up to this moment with an affirmation that this pilgrimage was just the beginning of his musical quest. Born in Quebec City, and growing up in Buckingham Quebec, Martin decided to leave Canada in 1990. His only company was a pen, paper, a cassette player and the inspiration Led Zeppelin II gave him.

Martin left Canada with other musicians in a decommissioned school bus with the promise of a warm winter in Central America. They focused on the challenges of live performances by playing over a hundred shows. They had a great deal of homesickness by the end of the journey heightened by their continuous lack of money, everyone except Martin returned to Canada. Martin was alone in a foreign land with nothing but the songs he had written and the new found understanding that his inspiration did not come from opportunities or amazing events but, rather, by the struggles and heartache he faced along the way.

Martin continued to travel until he created Speech Machine in 2005 and made a home in Seattle. He remained heavily involved in the music industry and as such met skilled musicians such as Krist Novoselic, Jeff Buckley, Fiona Apple, Yoko Ono and Tommy Chong, who gave him tips and advice to better his skills. He turned his concentration away from live shows and eventually focused on recording.
Most live shows are a solo performance by Martin, which allows the listeners to hear a new perspective into the music, while presenting it in it’s original form. In contrast to the solo performances all the albums are recorded with various session players. Most notably, Ben Smith on drums who plays for the band Heart.

Speech Machine released a self-titled CD in 2013 that displays perfectly what this project is about and with Speech Machine 5 releasing in January 2017, featuring Ellen Kilcup on Cello, and Jonathan Obien on Keyboards, the future is bright.  The new album will be the first Speech Machine release to boast a pure acoustic theme, without a formal drum accompaniment. Charlebois takes the reigns by singing, playing guitar and bass, and performing most of the percussion found on this one. Other instrumentation includes: Keyboards, Drums, Cello, Horns, Sax, Banjo, Bassoon, Clarinet and many others.

This band probably isn’t going to be for everyone but I think a lot of people would like the music if they gave it a chance and listen to a good amount of it, because it definitely grows on you, plus the songs are so different that you are bound to find something you dig. We did.

(You can check out Speech Machine on Facebook and listen to the band at their website HERE or click the image below. Don’t forget to pre-order Speech Machine 5 HERE.) 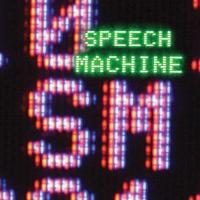