Make sure you are checking the #100Bands100Days hashtag on Twitter on a daily basis to stay on top of all the bands featured and be sure to follow Verity and NW_Music_Scene on there. Some days the featured act could be an established and locally-adored northwest-based musician and other times they could be a band with a small following that just hasn’t had their deserved time in the spotlight yet. Either way, we’re fairly confident you can come away from this daily segment with plenty of new favorites. Today’s featured act is Fox and Bones.

Portland, Oregon based Americana duo Fox and Bones are the product of life on the road. Their music is ripe with vocal harmonies that pull at the heart strings and a rich, often times metaphysical lyrical landscape. They’ve spent the majority of their four year career in transit, relentlessly touring the greater United States, Germany, Austria and Switzerland. This unwavering commitment to the road has spawned dedicated pockets of fans and friends all over the world.

It’s not all gas stations and hotel rooms for the internationally touring sweethearts. In 2018, they released their sophomore album Better Land which was met with critical acclaim. Jake Craney from Ground Sounds states “Better Land is exceptional, and impossible not to love” and music blog Come Here Floyd raves “The Oregon based duo are storytellers, adventurers and discoverers of magic in their sophomore LP.

The above bio from today’s featured act tells a story of a life dedicated to touring and even though that life can wear people down, there are some that thrive under those conditions and the road has clearly been kind to the sound of this talented pair. The lush harmonies that come out of this duo are seldom matched in the northwest and beyond and although we’ve received a ton of great stuff during this year’s showcase, Fox and Bones ranks right up there with best we’ve heard. Spend some time digging into their music and you are going to come away a fan. 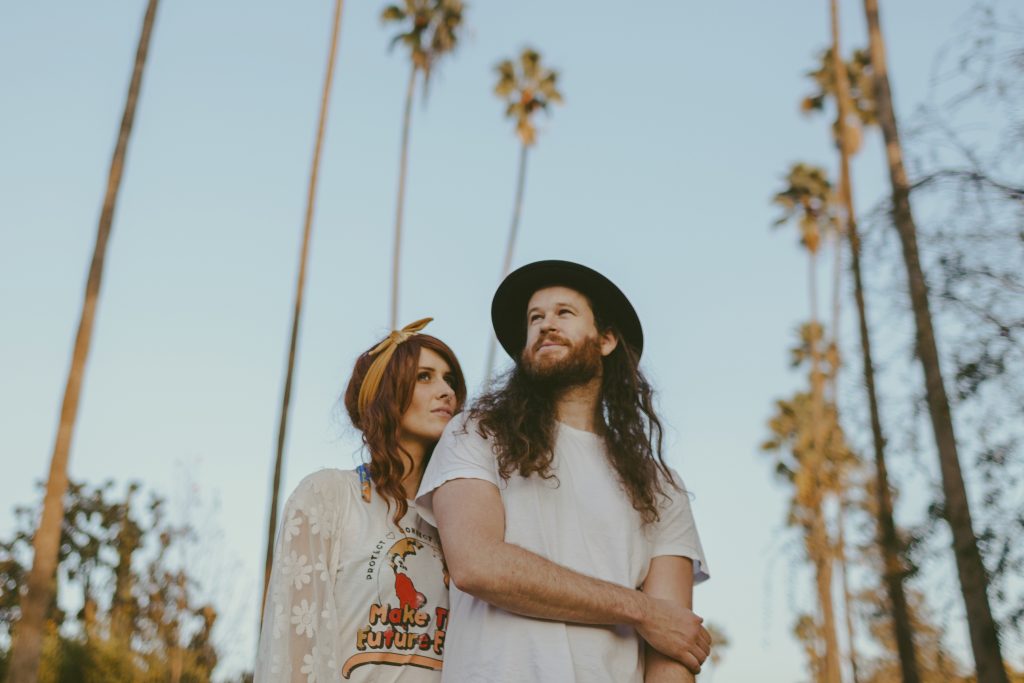 Find Fox and Bones at: