Music fans of the Pacific Northwest, get ready for our fourth annual year-end daily local music showcase, 100 Bands in 100 Days, where every day until December 31st, we’re showcasing a new band or artist you have to know about, presented by Verity Credit Union. Make sure you are checking the #100Bands100Days hashtag at Twitter on the daily to stay on top of all the bands featured and make sure to follow Verity on Twitter and NW_Music_Scene as well. Some days the featured act could be an established and locally-adored northwest-based musician and other times they could be a band with a small following that just hasn’t had their deserved time in the sun yet. Either way, we’re fairly confident you can come away from this daily segment with plenty of new favorites. Today’s featured artist is Monsterwatch. 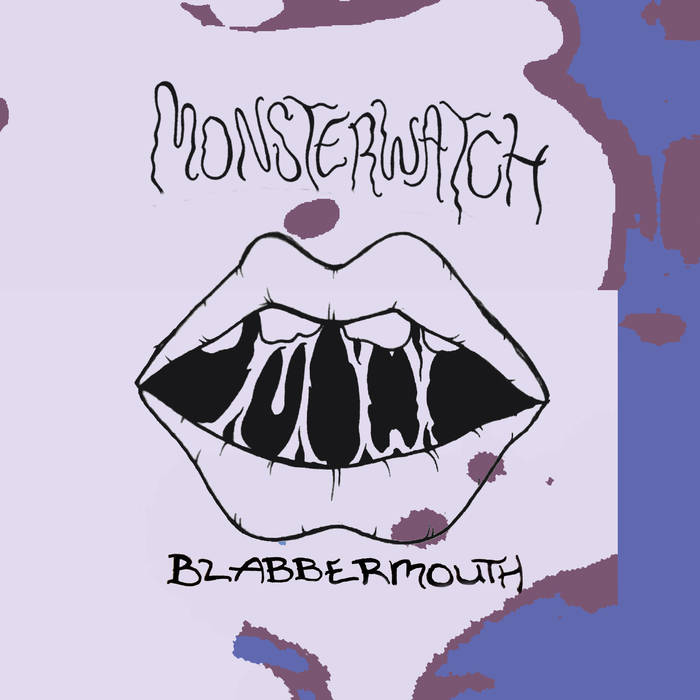 Earlier this year we reviewed the EP titled Blabbermouth from Seattle retro-punk rockers Monsterwatch.  If you like your music loud, unapologetic and if you insist that it contain equal parts punk and garage rock, today’s band might just be what you are looking for.

Blabbermouth is a collection of four confrontational, unapologetic, fearsome, absurd songs (three originals and a cover) reminiscent of 1970s UK punk. Although they’ve unleashed two very polished music videos, this is actually Monsterwatch’s first record. Comprised of John Spinney (vocals, guitar), Jack Cornwell (drums), Charles Richards (bass) and Johnny Velazquez (guitar), the band came out swinging last year, generating a lot of underground buzz with a string of consistently hip performances. Due out on April 11th by Noise Noise Ouch Stop Records, anticipation is about as high as it can get for an EP release.

“Two-Time” is a menacing and unblinking track. Velazquez’s heavy distortion and Richards’ hypnotic bass lines are overlaid with Spinney’s bipolar bellowing and Cornwall’s rhythmic beat. The song doesn’t build stress, it starts with it and keeps it level throughout, both wearing you down and energizing you at the same time.

“Tuesday” is a one and a half minute glorification of denial and anarchy. Both the music and lyrics are mannerless, either alternating or competing throughout. There are only four lines in this song, so you’re sure to be caught off guard (and kind of pissed) when the song ends abruptly, cutting you off mid-dance. You’ve been warned.

Watch the video below taken at NadaFest 2017 in October.

(You can listen to Monsterwatch below via Bandcamp, and get more info about the band at their website HERE.)