Music fans of the Pacific Northwest, get ready for our fifth annual year-end daily local music showcase, 100 Bands in 100 Days, where every day until December 31st, we’re showcasing a new band or artist you have to know about, once again presented by Verity Credit Union. Make sure you are checking the #100Bands100Days hashtag at Twitter on daily basis to stay on top of all the bands featured and make sure to follow Verity on Twitter and NW_Music_Scene as well. Some days the featured act could be an established and locally-adored northwest-based musician and other times they could be a band with a small following that just hasn’t had their deserved time in the sun yet. Either way, we’re fairly confident you can come away from this daily segment with plenty of new favorites. Today’s featured artist is The Rainiers.

If psychedelic blues rock gets your blood pumping like it does ours, today’s featured band should give you plenty to get excited about. The Rainiers are a trio that has been playing together for the last half decade or so, working hard to hone their filthy retro sound, taking time to record a couple of albums at the historic London Bridge Studios along the way. You can check out their latest offering, 2018’s House of the Devil at Bandcamp HERE.

With a name like The Rainiers you’d expect the members to be born and raised in Seattle and you wouldn’t be wrong. However, instead of following the post-grunge template like a lot of Seattle bands do, their sound heads back to earlier times, like the early seventies. There are however plenty of grunge meets metal moments, sort of like early Soundgarden but they never stray from blues rock for long. The band is quite active and plays a good number of live shows at local venues throughout Seattle. In 2018 they’ve played: Substation, High Dive, Tim’s Tavern, Skylark, Columbia City Theater, Angry Beaver (Greenwood Music Crawl), and the Plaid Pig Live (Tacoma). They are also grabbing some much deserved airtime lately with spins on both 107.7’s Locals Only and 99.9’s Loud and Local programs. 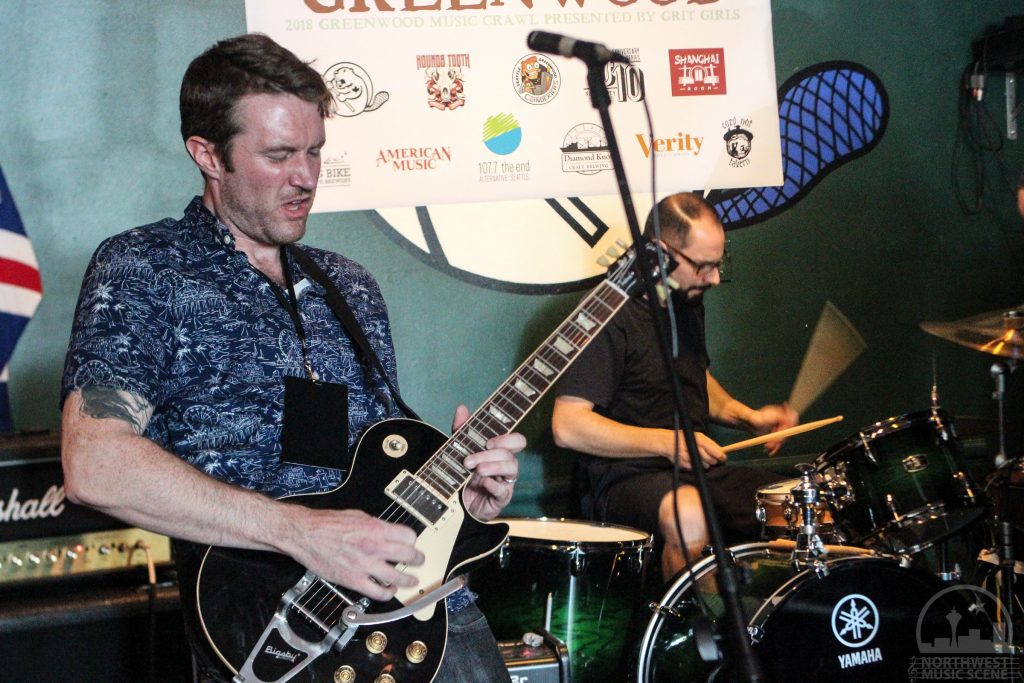 The Rainiers will be playing at the Angry Beaver in Greenwood on November 30.