Make sure you are checking the #100Bands100Days hashtag on Twitter on a daily basis to stay on top of all the bands featured and be sure to follow Verity and NW_Music_Scene on there. Some days the featured act could be an established and locally-adored northwest-based musician and other times they could be a band with a small following that just hasn’t had their deserved time in the spotlight yet. Either way, we’re fairly confident you can come away from this daily segment with plenty of new favorites. Today’s featured act is Helen America.

Just yesterday we premiered a lovely new tune called “We Are All Mice” from today’s featured artist and since her album release party is tonight (November 9), we thought the timing was perfect to include her in the 100 Bands list. Her ethereal vocals are a perfect match for the uptempo acoustic guitar that pushes the beautiful song along, while the string section sends the message home.

Helen America is a young but longtime Seattle indie culture bellwether, releasing gorgeous comics and zines in the print DIY, but also known for her elegiac protest music utilizing some of the best freak-folk players in Emerald City’s underground.

Her new album “Red Sun” is the most musically expressive and conceptually expansive thing she’s ever done, combining art and music and storytelling in ways fans won’t be able to resist, from its cinematic songs about body horror, and environmental holocaust, using visceral yet compelling artwork in the 12″ booklet that comes with the CD.

From Helen on “We Are All Mice”: “This is one of my favorite songs on the album (it is my drummer Mitch’s favorite song “by far”). It is maybe the thesis statement of the whole thing and is about climate change and the behavior of humans.”

(Click HERE to get more information about the album release event On November 9 at Columbia City Theatre.) 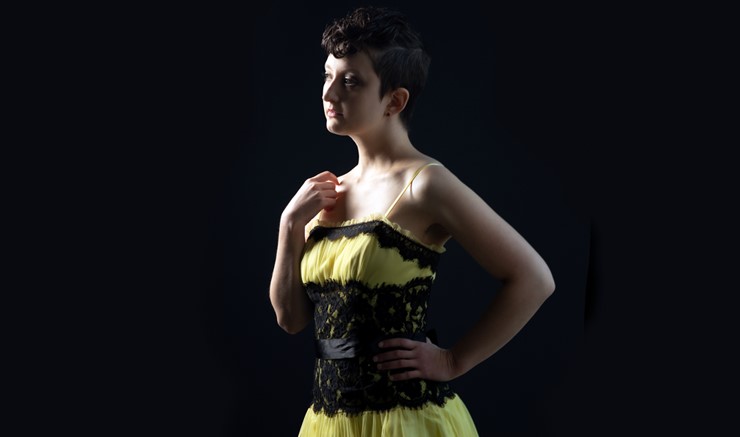