Music fans of the Pacific Northwest, hello and welcome back to our third annual year-end daily countdown, 100 Bands in 100 Days, where every day until December 31st, we’re showcasing a new band or artist you have to know about, presented by Verity Credit Union. Follow the #100Bands100Days hashtag on Twitter to stay on top of all the bands featured and make sure to follow Verity on Twitter as well. Some days the featured act could be an established and locally-adored northwest-based musician that perhaps you haven’t been turned onto yet, and other times they could be a band with a small following that just hasn’t had their deserved time in the sun yet. Either way, we’re fairly confident you can come away from this daily segment with plenty of new favorites. Today’s musical offering is Cedar Teeth from the cascade foothills in Oregon. 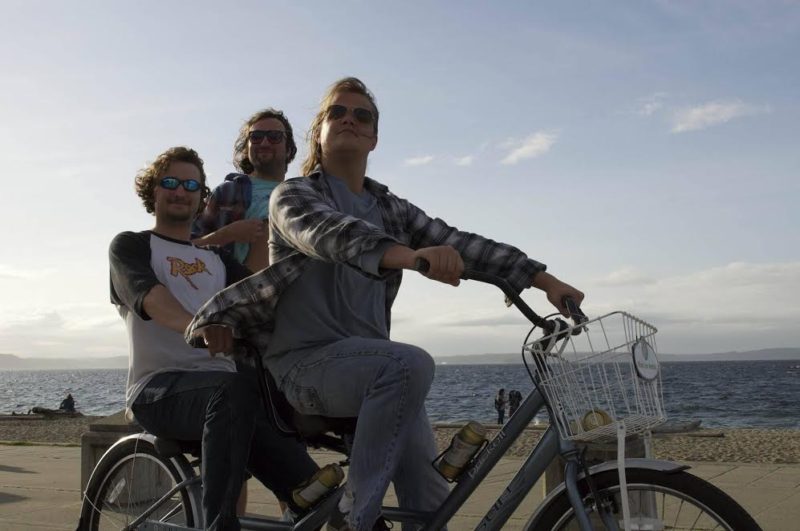 From the first few notes of Dogstrum’s debut release Murtsgod, you get a sense this a band that isn’t interested in messing around. They come out with heavy guitars blazing  in what sounds like a mixture of 80s and 90s grunge but they aren’t exactly trying to conjure up ghosts from that forgone era, instead they borrow some elements from it and then put their own signature on the music. While they certainly display the ability to knock you over the head with brutal guitar riffage, they also demonstrate the ability to slow things down a little with melodic rock tunes.

Beginning with 2 brothers, Dogstrum’s journey is traced to a Seattle suburb basement filled with nothing but spare time and the desire to piss off the neighbors. Beer laden jam sessions led them to stumble upon weekly open mic appearances at the local Darrell’s Tavern. After a few months of confidence building, Dogstrum moved onto the Seattle circuit.

Growing up in Seattle during the 90s has lent Dogstrum their sound which has been lovingly described as “grump-punk” by Seattle’s alternative weekly newspaper “The Stranger.” With the addition of an Indiana native in 2015, this power rock trio consists of Jake Flatt (guitar/vocals), Cody Plaiss (bass/Po’ Brothers) and Trev Flatt (drums).

Dogstrum’s first EP, cleverly titled Murtsgod, was recorded and mixed by Ben Jenkins at The Killroom Studio in the Georgetown neighborhood of Seattle. Murtsgod was released at Neumos in Seattle on July 30th of this year. Shortly after the release of Murtsgod, Dogstrum was featured on the local radio station KISW 99.9 “The Rock” as the Loud and Local band of the week.

With Dogstrum you’ll find a diverse band that we look forward to hearing more from in the future.