Music fans of the Pacific Northwest, get ready for our fourth annual year-end daily local music showcase, 100 Bands in 100 Days, where every day until December 31st, we’re showcasing a new band or artist you have to know about, presented by Verity Credit Union. Make sure you are checking the #100Bands100Days hashtag at Twitter on the daily to stay on top of all the bands featured and make sure to follow Verity on Twitter and NW_Music_Scene as well. Some days the featured act could be an established and locally-adored northwest-based musician and other times they could be a band with a small following that just hasn’t had their deserved time in the sun yet. Either way, we’re fairly confident you can come away from this daily segment with plenty of new favorites. Today’s featured artist is The Morning After. 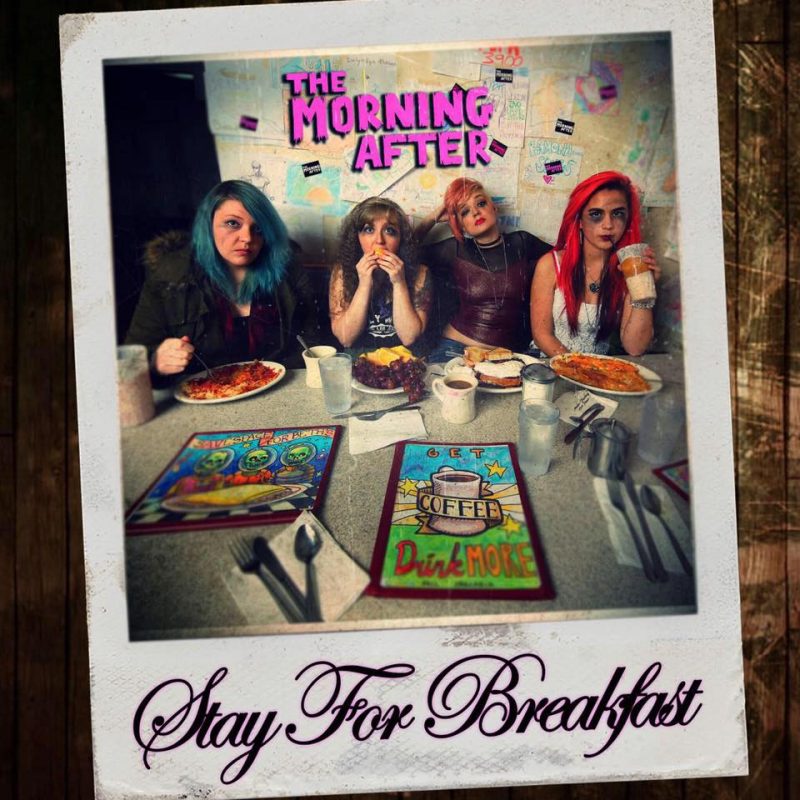 Earlier this year we reviewed the debut album from a talented group of ladies that hail from the South King County area. Although they formed in May of 2016 they’ve been busy making their mark on the northwest with their own brand of heavy punk rock. Not only do they have a full-length album to their credit, they’ve also played Upstream Music Festival, as well as opening for Bret Michaels (Poison) and Warrant. Not too shabby for a newer band huh? Spend some time with their album Stay For Breakfast and we’re pretty sure you’ll walk away a fan.

Here’s some of what we said in our review:

The ladies in this band are young, spirited and unapologetic punk rockers, immediately evident in “Stigma,” the second song. Joan Jett and the Runaways can rest assured their legacy is honored here. “Burnout” carries the dark lyrics in the pop punk realm, but “Citizens United (The People Divided)” is pure, young political protest about money in politics.

A commentary on guns is the topic of “The Great American Insecurity,” while “Down the Drain” reflects on what it’s like to bleed monthly- as punk as you can get, in my opinion, but with beautiful harmonies, and a tricked out background percussion. “It’s pretty gross but we kind of like it, yeah.” They haven’t been together very long but this group is clearly tight, know themselves and make sure to include humor in their approach to what can be some pretty depressing subjects.

In “Complimentary Song,” the mantra is purely feminist with “Fuck you man, get outta my face.” “Respect” further empowers women with “we are pissed off,” and other declarations which are fitting to the time of this writing, which is National Women’s Month.

The final song is a headbanger, “JustASecret,” which would be perfectly at home on any rocker’s playlist. All songs were written and recorded by the band with auxiliary vocals from Doc Woolf, Tony Brafford, Janelle Christine and Madisun Grindell, engineering, production and mastering by Fritz Jones at Wrong Note Studio.

(You can get the punk back in your life below, purchase it on Bandcamp  and/or get more info about The Morning After on Facebook HERE.)