Ladies and gentlemen, and all local music enthusiasts, welcome back to the fourth annual outing of our year-end daily local music spotlight, 100 Bands in 100 Days, where every day until December 31st, we’ll be showcasing a new band or artist on the cutting edge of the Northwest, presented by Verity Credit Union. Make sure to check the #100Bands100Days hashtag at Twitter daily to stay on top of all the bands featured, and make sure to follow Verity on Twitter and NW_Music_Scene as well. Some days the featured act could be an established and locally-adored Northwest-based musician and other times they could be a band with a small following that just hasn’t had their deserved time in the sun yet. Either way, we’re fairly confident you can come away from this daily segment with plenty of new favorites. This time around, we’re taking our journey to Eastern Washington to look at a cutting-edge pop-rock outfit that’s taking Spokane, WA by storm, Summer in Siberia. 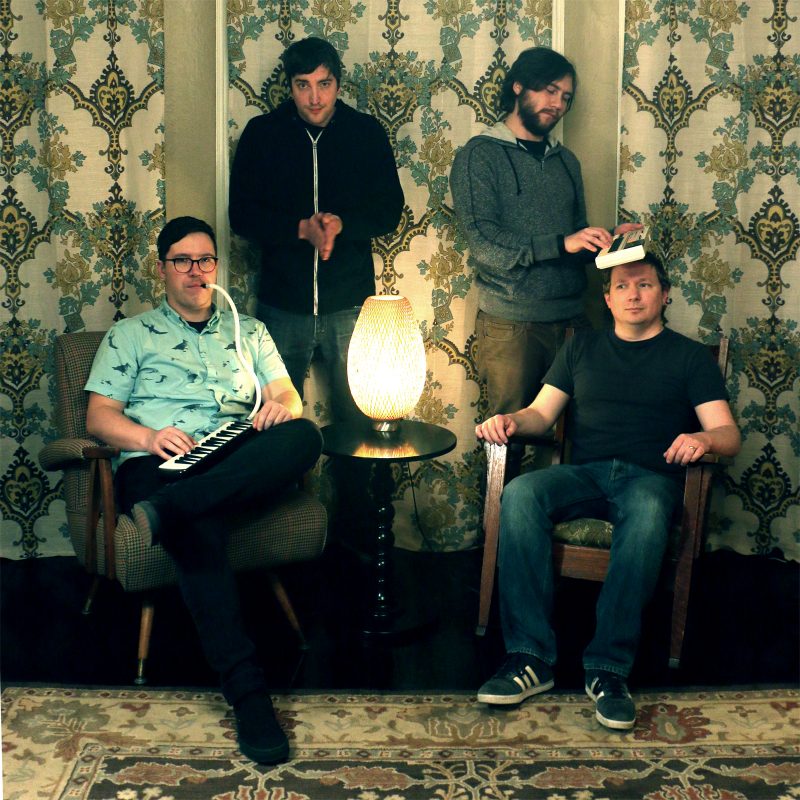 Originally conceived in 2007 as the solo music project of singer and keyboardist Justin Hynes, Summer in Siberia quickly expanded into a full-fledged band, starting to play live shows soon thereafter. With a sound that both perfectly hearkens back to and skillfully modernizes their biggest influences from 1980’s pop and new wave, beefing them up with a contemporary indie pop flair. Colorful synthesizers bounce around their tracks, alongside spunky guitar leads and Hynes’ upfront singing. Drummer and programmer Travis Hurley’s beats provide a sturdy gallop for the other members to expand on with dance floor-worthy grooves.

Summer in Siberia, the band’s self-titled debut album, was released in March 2012 to a warm reception from local music enthusiasts. Recorded in the “dungeon” of the band’s guitarist Brad Perry, the album is a more humble offering than the spectacular self-assured pop sound of their later material, but is still home to its fair share of well-crafted alt-pop tracks. With the release of their 2017 EP ymyh, the band approached new heights and scaled them with ease. With some of the band’s sharpest and most riveting material to date, like “Bobby Z’dar” and the short, but uniquely spacey “This Curse.” Summer in Siberia is presently in the midst of writing and recording new music for two brand new EPs scheduled for release throughout 2018.

(Listen to Summer in Siberia below; you can keep up with them via Facebook and their website.)