Make sure you are checking the #100Bands100Days hashtag on Twitter on a daily basis to stay on top of all the bands featured and be sure to follow Verity and NW_Music_Scene there. Some days the featured act could be an established and locally-adored northwest-based musician and other times they could be a band with a small following that just hasn’t had their deserved time in the spotlight yet. Either way, we’re fairly confident you can come away from this daily segment with plenty of new favorites. Today’s featured band is Seed.

Seattle’s most promising new rock band is Seed. Featuring the one-and-only, Randy Loran on lead vocals. Randy is best known as the front man for The Infinity Project (Journey tribute), Elton Joel (Billy Joel/Elton John tribute) and Invisible Touch (Phil Collins/Genesis tribute). Former 93 Octane lead guitarist, Scott Nelson, began the project by writing the music and enlisting the incredible skills of session drummer Mike Kosacek, who is also a fantastic engineer and owner of DoubleDog recording studio in Austin, TX. Jeff Whitcher (keyboards) is an amazingly talented multi-instrumentalist who has made his career in the audio world – first as a sound effects designer and now music composer for film and TV. Matt Blair is a monster bass player who is currently with Petty Thief (Tom Petty tribute) and a couple of other projects, but Seed wouldn’t be complete without him. Jeff Hall is the newest member and drummer for the live band. As a former member of 93 Octane and current drummer for Past Curfew, his incredible chops and groove made him an obvious choice.

All extremely accomplished players, the members that make up today’s featured band, Seed, are the musical equivalent to a perfect storm. Who hasn’t been at a show for a tribute band and wondered what the band would sound like if they were doing their own music? Lots of us I’m sure . Seed sets out to answer that age old question and they have apparently stumbled across the right formula. As is highlighted in the bio above, the members of Seed have played in or are still playing in bands that cover a wide range of music, helping to give them a lot of weapons in the arsenal as they unleash their brand of modern music with a classic rock twist. If you haven’t heard of them yet or listened to their self-titled 11 song album they released in May of this year, here’s the link to LISTEN. You can further support the band by purchasing the music there as well. 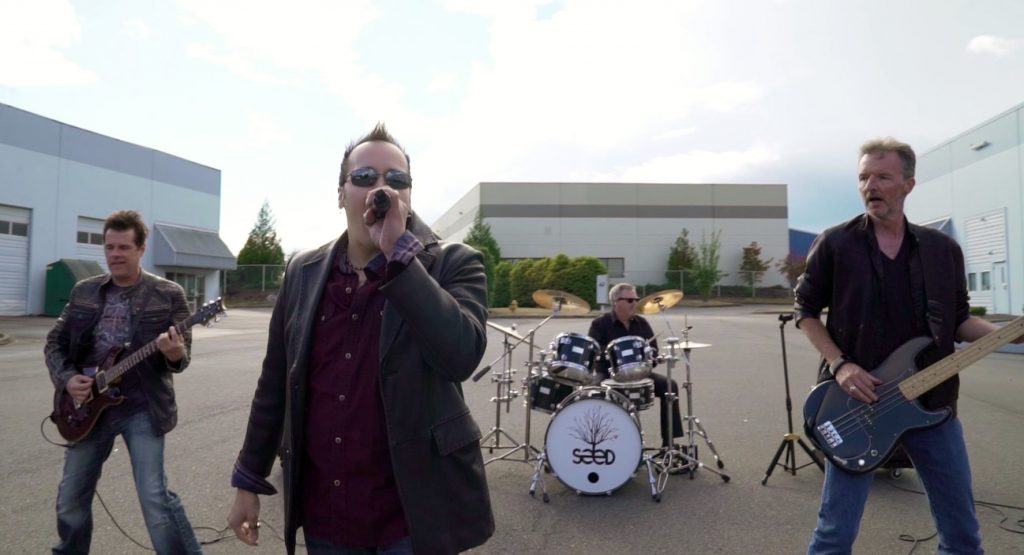