Music fans of the Pacific Northwest, get ready for our fourth annual year-end daily local music showcase, 100 Bands in 100 Days, where every day until December 31st, we’re showcasing a new band or artist you have to know about, presented by Verity Credit Union. Make sure you are checking the #100Bands100Days hashtag at Twitter on the daily to stay on top of all the bands featured and make sure to follow Verity on Twitter and NW_Music_Scene as well. Some days the featured act could be an established and locally-adored northwest-based musician and other times they could be a band with a small following that just hasn’t had their deserved time in the sun yet. Either way, we’re fairly confident you can come away from this daily segment with plenty of new favorites. Today’s featured artist is Patrick Galactic. 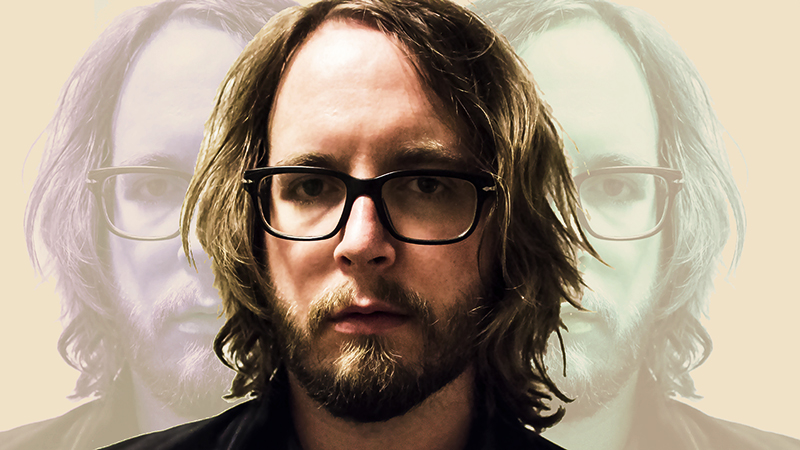 In February of this year we reviewed Running From the Sun from today’s genre-blending featured artist, Patrick Galactic. If you haven’t heard his music before, scroll to the bottom of this article and smash the “play” button, you can thank us later.

It’s not often that we see a genre fusion of Americana and psychedelia in the industry today, but Seattle’s own Patrick Galactic has done just that, and it actually works. This singer-songwriter released a captivating set of five songs on December 2nd, 2016 through CTPAK Records entitled Running From the Sun.

The foundation of each of Galactic’s tracks on the record is laid with a simple acoustic guitar and drum rhythm. The songs are then layered with various electro-psychedelic sounds, and it’s then where the listener is transported to a different world. Some of the songs can become quite intense when all these elements are working together, especially the roughly six minute track “Dumb Luck.”

Many electronic artists are notorious for their meaningless, empty lyrics, but this is certainly not the case for Galactic. He prides himself in being a sophisticated lyricist, and with good reason. Running From the Sun’s tracks deal with themes of love, sorrow, and self discovery, and are delivered with personal seeming lyrics. Galactic sings his words with meaning in a clear tone with a hint of vibrato, which succeeds in making you feel what he feels.

Check out the fantastic new video below for “Dying Days of Lois Lane” via YouTube.

If you’d like to check out Patrick Galactic live, he’ll be playing the Tractor Tavern on December 10, 2017 with Saint John and The Revelations along with Ry Flannery & the Night Owls. Get ticket information for the show HERE and/or check out the Facebook event page HERE.

(You can listen to the album below, purchase it at Bandcamp and get more info about Patrick Galactic at his website HERE.)