Music fans of the Pacific Northwest, get ready for our fourth annual year-end daily local music showcase, 100 Bands in 100 Days, where every day until December 31st, we’re showcasing a new band or artist you have to know about, presented by Verity Credit Union. Make sure you are checking the #100Bands100Days hashtag at Twitter on the daily to stay on top of all the bands featured and make sure to follow Verity on Twitter and NW_Music_Scene as well. Some days the featured act could be an established and locally-adored northwest-based musician and other times they could be a band with a small following that just hasn’t had their deserved time in the sun yet. Either way, we’re fairly confident you can come away from this daily segment with plenty of new favorites. Today’s featured artist is SUPERFEKTA. 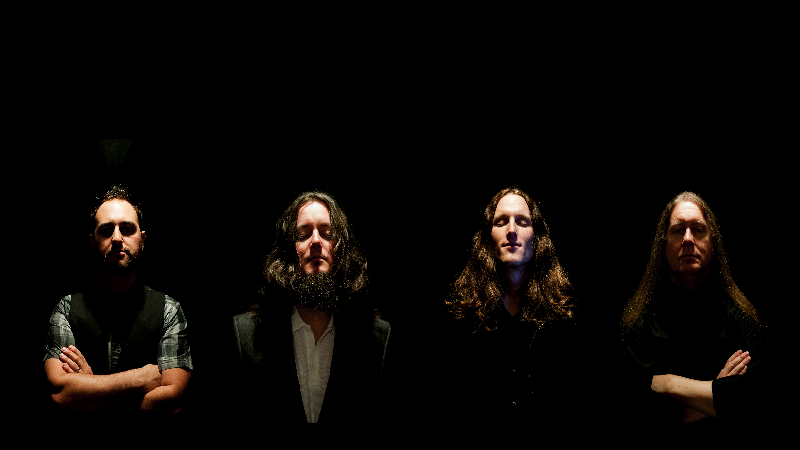 Todays band has been in the trenches and rocking faces in the local music scene longer than most other locals and along the way has picked up a dedicated and loyal fanbase. Anyone that has seen them live can attest to the fact that they are one of the premier live rock outfits in the northwest.

Hailing from Marysville, SUPERFEKTA is an alternative pop-rock band that prides themselves on catchy songs with calculated dynamic arrangements. Influenced by the likes of Beethoven and Yanni all the way to Michael Jackson and virtually all popular music from the 20th century, they aspire to have their own brand of music on every jukebox in the world.

When Mike Bissell (drums), Matt Thompson (bass), Kris Cort (guitar) and Kyyle Cort (guitar/vocals) are together on stage they create a compelling collision of elements that dazzles fans across many genres of rock and pop music.

The band began writing pop songs in the mid-nineties, played their first “gig” in a rock band format during late 1999 and have been a staple in Seattle’s local music circuit ever since.

While recording two full-length studio albums with producer, Brandon Busch, SUPERFEKTA made a name for themselves in western Washington gracing the stages of Neptune Theatre, Showbox at the Market, Evergreen State Fair, Festival of the River, Aquafest, Tulalip Resort & Casino and many more alike. After peaking locally and rethinking their direction, an impactful personnel change was made, parting ways with the band’s original vocalist in early 2013.

In 2014, the quartet released a self-produced record, Horsing Around (available on iTunes) – their third LP and first with founding guitarist turned new lead singer, Kyyle Cort. Riding the wave of this studio effort at clubs & festivals such as The Crocodile, Strutzfest, Migs Fest, Hard Rock Cafe, KISW Men’s Room Redfestival, Emerald Queen Casino etc., they’ve reestablished themselves in the Seattle area music scene and began tracking a self-titled fourth album to really express their evolved sound. As not to paint themselves into a corner, SUPERFEKTA’s new material has been slated to be “done when it’s done”. Be on the lookout for a 2018 release date.

Watch the video below to see SUPERFEKTA raising the roof at MigsFest 2016.

Want to hear them live and in person? They will be part of KISW’s Live Day on November 16, 2017 at Emerald Queen Casino in Tacoma. You can get more information about that show HERE.

(You can listen more music from SUPERFEKTA on Reverbnation and get more info about the band on Facebook HERE.)