Music fans of the Pacific Northwest, hello and welcome back to our third annual year-end daily countdown, 100 Bands in 100 Days, where every day until December 31st, we’re showcasing a new band or artist you have to know about, presented by Verity Credit Union. Follow the #100Bands100Days hashtag on Twitter to stay on top of all the bands featured and make sure to follow Verity on Twitter as well. Some days the featured act could be an established and locally-adored northwest-based musician that perhaps you haven’t been turned onto yet, and other times they could be a band with a small following that just hasn’t had their deserved time in the sun yet. Either way, we’re fairly confident you can come away from this daily segment with plenty of new favorites. Today we’re bringing our segment back around to the world of underground Seattle rock by looking at a Seattle transplant that’s taking the Seattle scene by storm, Señor Fin! 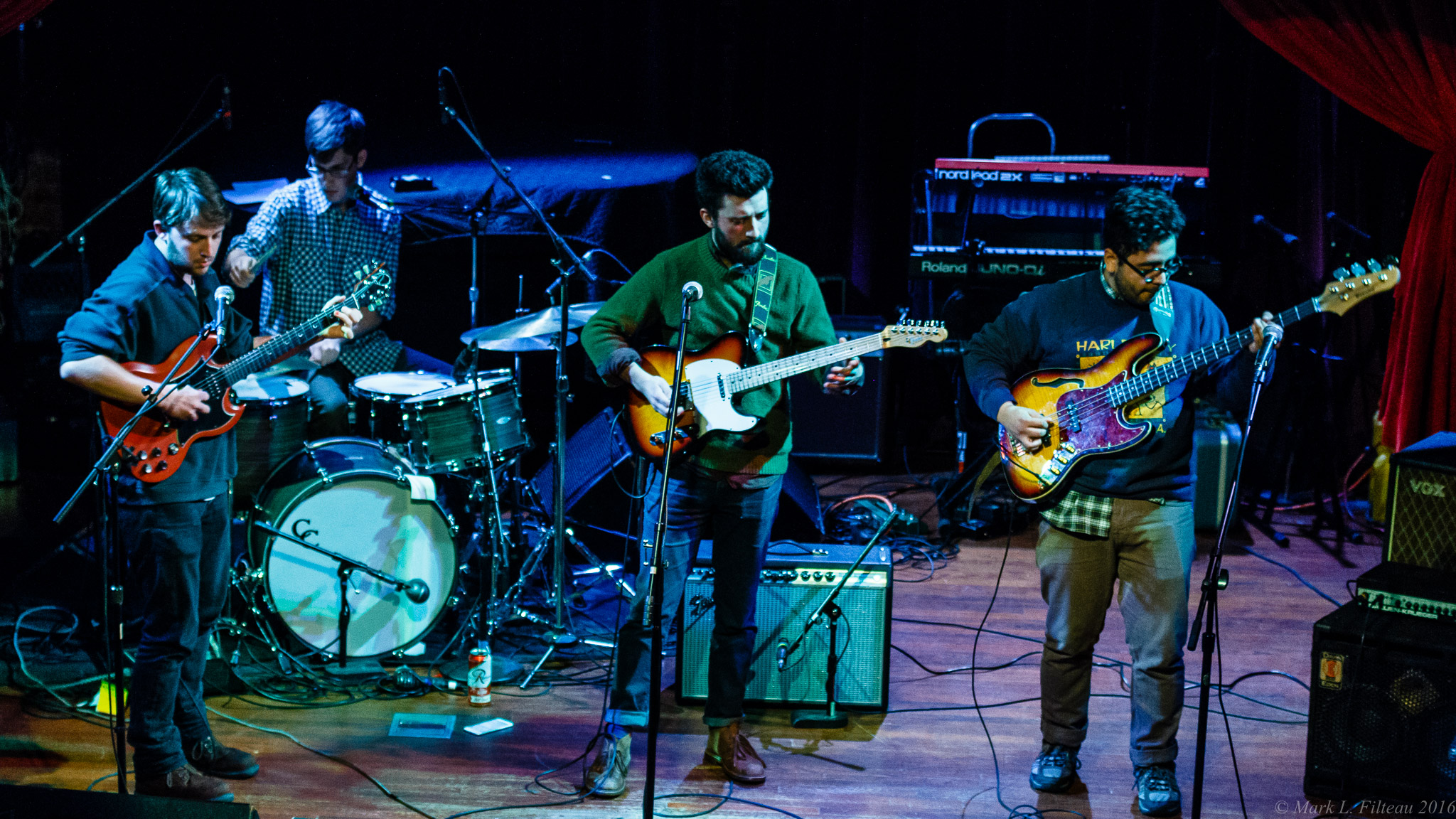 Although the band originally hails from Denton, Texas, the five members of Señor Fin currently reside in Seattle, where they steadily pick up new fans left and right through their emotionally intense music. While the band likes to call themselves “genre neutral,” we’re nothing if not always willing to overly genre-fy music, and Señor Fin’s approach to rock music seems to pull from many great sources. Listening to their music, it’s obvious the band members all share a love of emo music, and take inspiration from many of the genre’s best names, both new and old. Señor Fin’s music is rife with melancholy and strong feelings oozing from every which way, a feeling that’s felt both in their impassioned vocals and grave instrumental accompaniment, which is heavy on twinkly guitars, performed by both Ronan Delisle and Jesse Miller, who have a great chemistry together on dual guitar duties. When the full band comes together on a track though, you can pick up strong early post-rock influences in their song structures, the difficult drumming, and overall slow pace of their songs. However, while Señor Fin certainly have their influences, they play to their strengths as a band amazingly well, and clearly have a passion for their craft.

Cake Drink, a four-song EP recorded in mid-2014 and released by the band in January of this year, was the band’s latest release, and is definitely the band’s most emblematic project to date. Across the four tracks and 19 minutes this release spans, you get a glimpse of Señor Fin at their most creative and inspired yet. The intimate and percussion-less “Not the World” kicks the EP off, with little more than layered guitars and a minimal bass line backing up Miller’s toned-down singing, which has been treated with just a smidgen of reverb to give the track more of a light feel. Though the track is short, it isn’t long before the EP starts busting out the big guns, with the ambitious eight-minute monolith “Through You,” which features all sorts of instrumental swells, background vocals, guitar feedback and atmospheric sounds courtesy of resident Seattleite Cynthia Chiou, and Mason Lynass’ technical and impressive drumming, all coming together to form a song that feels purposeful and never drags, despite being eight minutes in length. The song eventually explodes into a speedy and noisy jam, with rapid fire drum rolls and heavy, ardent guitars all firing off at once like a war-zone. The Cake Drink EP is a solid listen from beginning to end, and is enough to please both those looking for a relatable rock album to set a sad mood, and those looking for rock music that isn’t afraid to move in whatever direction it wants to at the drop of a hat.

Señor Fin is currently in the process of making a new full-length album, projected for release either very late in 2016 or towards the beginning of 2017. We wait with baited breath to see what this band plans to unleash onto the world in the future.

Until then, you can follow Señor Fin on Facebook, and find the band on CD Baby or on Bandcamp at senorfin.bandcamp.com. Stream the Cake Drink EP below via Bandcamp.