Make sure you are checking the #100Bands100Days hashtag on Twitter on a daily basis to stay on top of all the bands featured and be sure to follow Verity and NW_Music_Scene there. Some days the featured act could be an established and locally-adored northwest-based musician and other times they could be a band with a small following that just hasn’t had their deserved time in the spotlight yet. Either way, we’re fairly confident you can come away from this daily segment with plenty of new favorites. We are gonna stay on the heavier side of the northwest music with today’s featured artist, Sandrider.

If you haven’t heard today’s featured band before and you dig heavy music, strap in and get ready for one of the northwest’s best in the genre. We recently reviewed the kick-ass latest offering from the Sandrider and here’s some of what we said:

Armada, the third installment from Sandrider (Good to Die Records), is an outsized record of brutal magnetism and seismic tugs, capable of seducing even the most hesitant flannel donning, trucker hat youth.

The brawny opener, “Hollowed”, crawls like a guttural and crusty Soundgarden. The savage “Industry” pummels like a wayward juggernaut rolling strikes in a bowling alley. Weisnewski’s soloing streaks and Roberts/Damm’s scorching rhythm sprint into the ranks of head-banging gold. “Creep” pastes an opening riff reeking of Raw Power era Stooges and Metallica’s Seek and Destroy, but Sandrider doesn’t seem interested in paying homage to influences, as their hammering grind obliterates any noted past.

The trio, unflinching in their quest to overpower your speakers, concoct fire and brimstone in a yogurt so thick, only a fork forged in Valhalla will suffice. The classic open hi-hat swish, spectral riffs and dual vocal scraps on “Banger” illuminate Sandrider as forbearers to such weaponry. “Brambles” unwraps approachable black metal growls and cloaked evil through grandiose build-ups and choruses, while straining out fresh drip tempos and spirited lifts.

Now that that’s out of the way, have a listen HERE get ready to have your face melted! 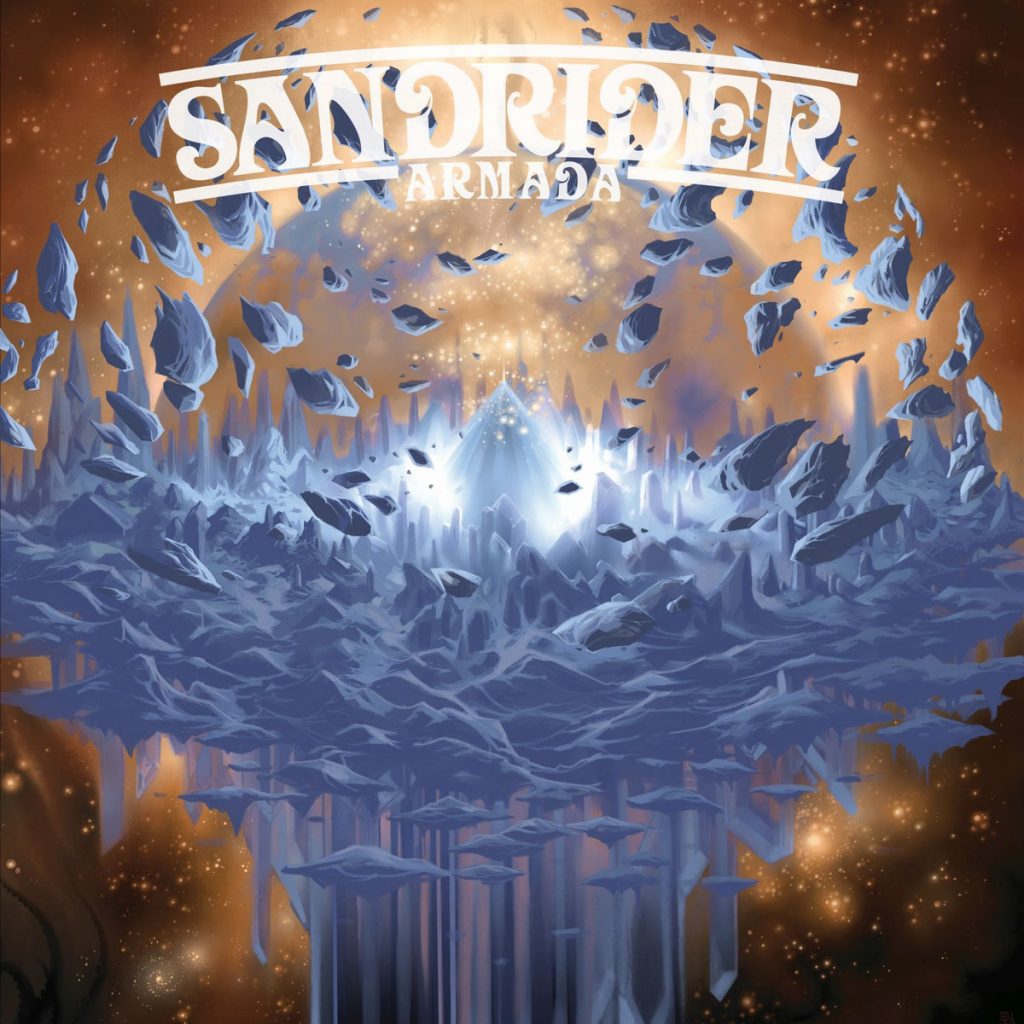 They be playing a show at Highline Bar in Seattle on November 9 with King Dude, Eye of Nix and Noise-A-Tron. Get show details HERE.