Music fans of the Pacific Northwest, hello and welcome back to our third annual year-end daily countdown, 100 Bands in 100 Days, where every day until December 31st, we’re showcasing a new band or artist you have to know about, presented by Verity Credit Union. Follow the #100Bands100Days hashtag on Twitter to stay on top of all the bands featured and make sure to follow Verity on Twitter as well. Some days the featured act could be an established and locally-adored northwest-based musician that perhaps you haven’t been turned onto yet, and other times they could be a band with a small following that just hasn’t had their deserved time in the sun yet. Either way, we’re fairly confident you can come away from this daily segment with plenty of new favorites. Today we’d like to take a bit of a detour as we shine our spotlight down on one of the newest and most worthwhile additions to Olympia’s large and fertile music scene, Oketo! 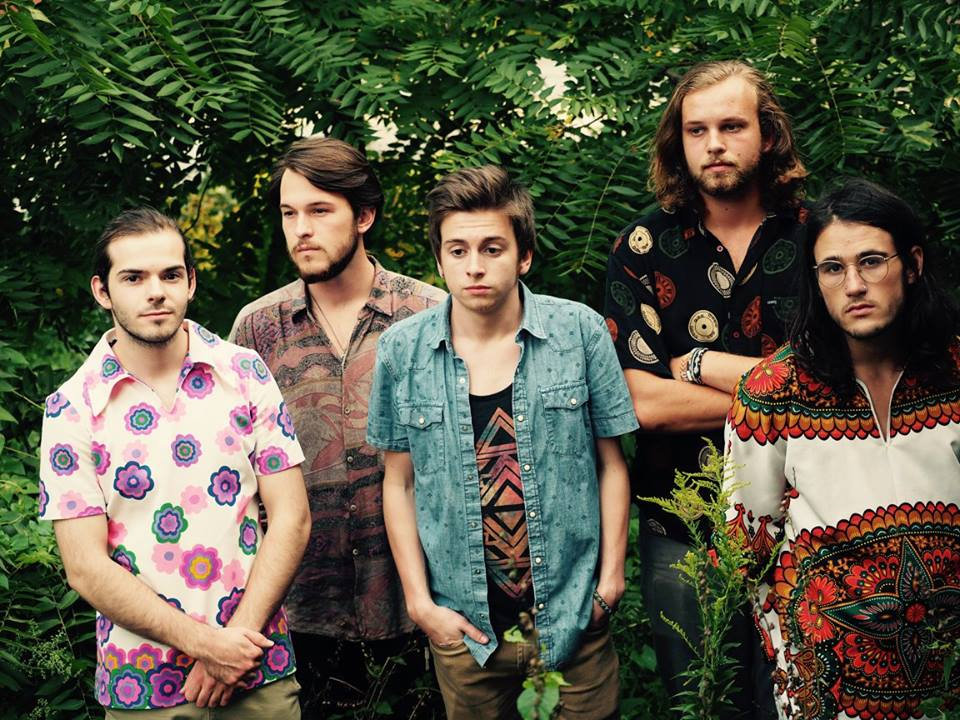 The dynamic quintet that decided to call themselves Oketo met and formed the band in the members’ original hometown of Lincoln, Nebraska, where they would first capture the hearts of hungry underground music enthusiasts with their unique approach to alternative and indie rock, which feels as easygoing as it does out-of-left-field. The band quickly gained attention following their debut self-titled, three-song EP, released late in October, a collection of three songs that may have been somewhat breezy rock and pop music, but had a strong and incredibly intricate instrumental backbone, with each of the seven members that performed on the EP contributing their fair share of meaty instrumental accompaniment, with guitarist and pianist Steven DeLair also taking lead vocal duty throughout these tracks. After making the rounds in Nebraska’s music scene, the band made the decision to relocate to Washington’s capital fairly recently, where the quintet bought and now occupy a house,  where they’re in the midst of writing and recording their debut studio album. This one of course follows up their latest EP, I Am Here You Are Now, released towards the beginning of this year.

Listening to the groovy and impressively wide-ranging music that Oketo has unleashed on the world so far, it’s not hard to see why they’ve been gaining so much traction wherever they’re currently operating out of. While I Am Here You Are Now featured sparser instrumental backing in the sense that the album featured five musicians instead of the self-titled EP’s seven, Oketo’s instrumentation feels livelier than ever on this series of tracks, and the band’s tendency towards clever studio trickery led to songs with more creative textures and more surprises up its sleeves, such as the sudden shifts in structure on “Simple Sound” or the almost IDM-esque “Forward Feeling,” one of the more drum machine-heavy songs the band has put together. The band’s music often sits on the quieter side of the spectrum, but While I Am Here You Are Now‘s title track is a gloriously multi-faceted and huge-sounding closer for the EP, one of those larger-than-life proggy tracks that more or less serves as a band flexing to the haters, showing skeptics and fans alike just what they’re capable of. If the band is capable of writing both epic, multi-tiered songs and songs that have more of a straightforward, catchy, groove-oriented feel, who knows just what majesties await us on their much-anticipated studio debut.

You can follow Oketo on Facebook, Twitter, and YouTube, and keep up with the band through their official website, oketomusic.com. You can find the band’s music available for streaming and purchase/download at oketo.bandcamp.com. Watch Oketo perform “Forward Feeling” at a Sofar Sounds New York private session here. Listen to “Like a Child” off their self-titled EP below via YouTube.