Make sure you are checking the #100Bands100Days hashtag on Twitter on a daily basis to stay on top of all the bands featured and be sure to follow Verity and NW_Music_Scene there. Some days the featured act could be an established and locally-adored northwest-based musician and other times they could be a band with a small following that just hasn’t had their deserved time in the spotlight yet. Either way, we’re fairly confident you can come away from this daily segment with plenty of new favorites. Today’s featured artist is Afrosonics.

Since music is the universal language, it’s only fitting that AFROSONICS has chosen this medium to bring people with diverse musical influences together in the creation of an original music style. Audiences experience new vibes through a fusion of guitars, drums, percussion, keyboards, electronic soundscapes, vocals, dance and chants. Although most of the rhythms are of African and American origin, it’s tough to put a label on their sound.

Afrosonics incorporates music from all over the world and the root of each member intermingles to create something both classic and unique. In addition to their own music, the group draws an influence from other musical genres i.e. South American, The Caribbean, Funk, Southern American Jazz, Blues, Rock and others that capture the true essence of the African, American or Universal spirit. The members of the group have come to Boise from different points on the African and American maps, each with a deep respect for their heritage and a special contribution from their respective culture.

SHARING THE SPIRIT Since their inception in the summer of 2013, Afrosonics have performed at venues such as the Treefort Fest, World Refugee Day, Art in the Park, Boise 150th Celebration, Hyde Park Street Fair Festival and other social gatherings. Their eclectic blend of influences will surly help others appreciate the rich tapestry of world culture through the magic of music.

If you are suffering from some kind of deficiency in your musical diet, perhaps today’s featured band from Boise can bring some relief. Afrosonics have worked hard to blend a deliciously funky sonic smoothie consisting of several roots based genres. No matter which label you try to slap on the band, one thing for sure they have an infectious and addictive vibe that is the perfect supplement to help combat today’s tumultuous political climate.  Check out their music HERE. 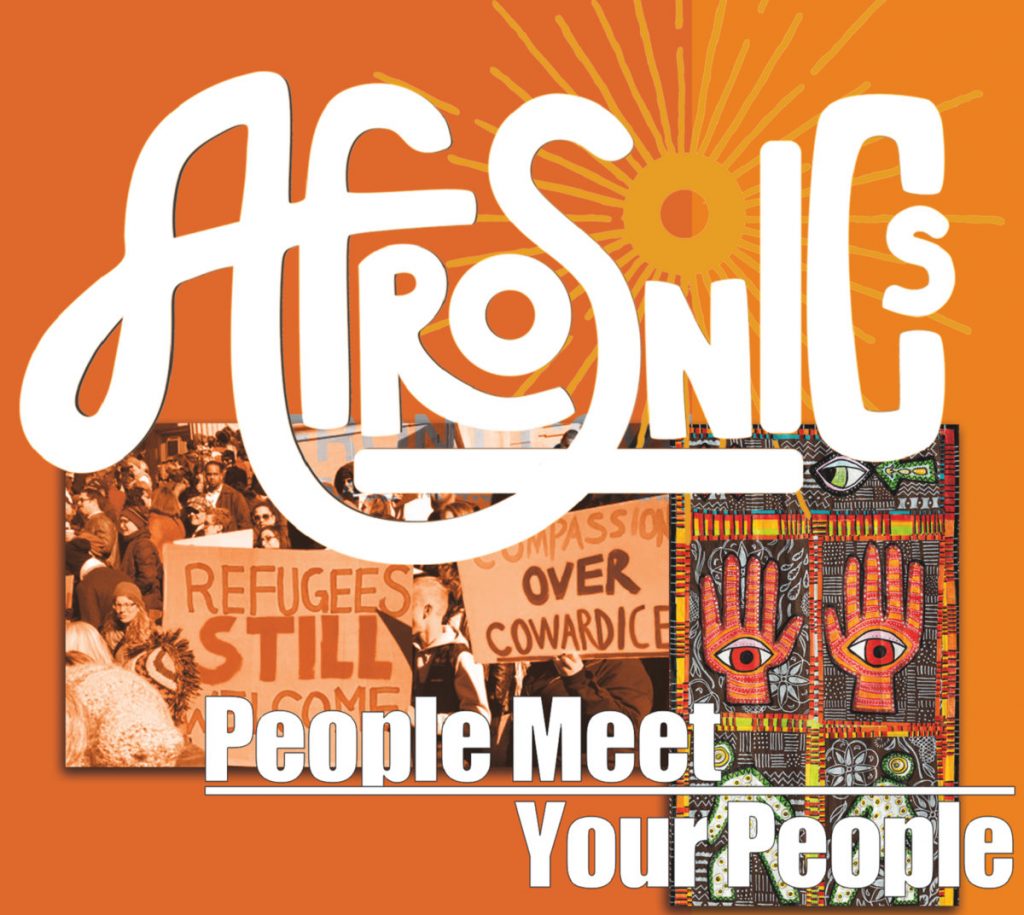 Support the band by purchasing their music HERE.

Afrosonics will be playing Nectar Lounge in Seattle with Andonimus & The Lock’d Pocket on November 14. Get more show details HERE.