Make sure you are checking the #100Bands100Days hashtag on Twitter on a daily basis to stay on top of all the bands featured and be sure to follow Verity and NW_Music_Scene there. Some days the featured act could be an established and locally-adored northwest-based musician and other times they could be a band with a small following that just hasn’t had their deserved time in the spotlight yet. Either way, we’re fairly confident you can come away from this daily segment with plenty of new favorites. Today’s featured artist is Pastel Motel.

Perceptive, yet accessible, Pastel Motel blends art rock and progressive pop to create a distinguished sound that is both relevant, and reverent to the past. Despite abundant praise for their recorded albums, the band from Yakima, Washington is primarily known for their exciting, improvisational live shows.

We reviewed the band’s latest release back in 2017 and here’s some of what we said:

E. A St. evokes a strong sense of claustrophobia with small town America. Yet, as shown in the penultimate track “Exit 84,” escaping isn’t a matter of place or even time; it’s not something that can be willed. The speaker of “Exit 84” leaves Yakima for the mountains, soon needing to move further onto the “forest’s edge.” The assumption is, of course, that the journey doesn’t stop here. Nor is it likely that Pastel Motel’s musical exploration will end here. They will use the constant nagging existential dissatisfaction to fuel further experimentation and further evolution.

The instrumentation on E. A St. will not disappoint. The tones are varied to match the pathos of the given song. The vocals are good– reminiscent of Silversun Pickups’ better (read: more honest) moments or even Seattle’s own The Pale Pacific. If you do feel the need to sin mortally, “Deprivation” is a great single serving rocker that counterpoints the softness of opener “Time Traveling” quite well. Seriously though, do yourself a favor. Reserve some time and give the whole album a careful listen. It’s well worth it.

If you are in the market for a sound unlike anything else in the northwest, today’s featured band will likely be for you. Pastel Motel’s songs are intense but fun and the music needs to be absorbed, not merely listened to. Check out their latest offering HERE. 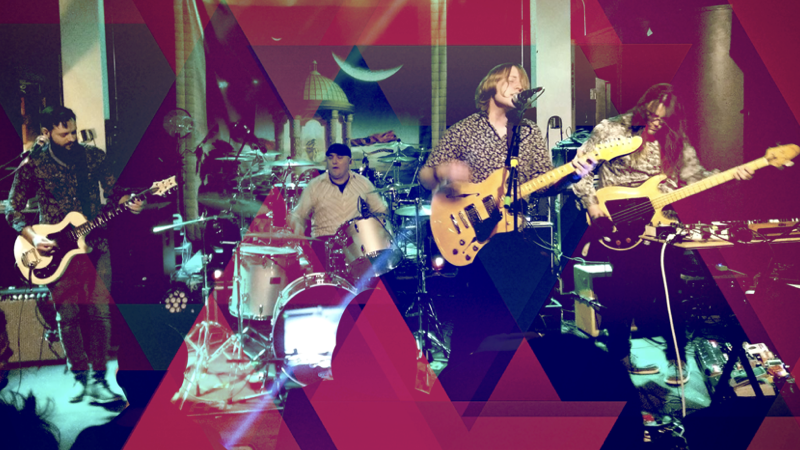