Make sure you are checking the #100Bands100Days hashtag on Twitter on a daily basis to stay on top of all the bands featured and be sure to follow Verity and NW_Music_Scene on there. Some days the featured act could be an established and locally-adored northwest-based musician and other times they could be a band with a small following that just hasn’t had their deserved time in the spotlight yet. Either way, we’re fairly confident you can come away from this daily segment with plenty of new favorites. Today’s featured act is The Whags.

The Whags grew out of a group of longtime musical friends who began collaborating in the summer of 2017 when an impromptu show crossed their paths. The resulting songs would become the foundation for an ever-growing repertoire. Their sound is a fusion of groove-driven psychedelic funk, swirly sunshine pop, and ecstatic jams, all intertwined with rich vocal harmonies and an intrinsic pop sensibility. The group continues to gain notoriety through their dynamic live shows that manage to balance the casual intimacy of friends jamming with real rock spectacle.

In credit to the strong following of friends and music lovers that quickly surrounded the band, The Whags were able to sell out their first two shows in Seattle. Since, they have played a number of sold out shows around the Puget Sound and have performed in studio at KXSU and have been featured on the KEXP stage at the Northwest FolkLife Festival. Their onstage energy and ability to interact with their audience have remained palpable and invigorating. The Whags value building family through music and writing songs that comment on contemporary issues while keeping true to their light hearted spirit.

In September of 2018, The Whags recorded their first EP, Smile Maker, at Hazy Bay Studios in Seattle, WA. The recordings highlight the vibrant energy and nuance of their live performance as well as their organic and collaborative songwriting process. This EP, released on February 8, 2019, is a distillation of the first year of The Whags.

As their bio above goes into, today’s featured band borrows from several genres to come up with their unique brand of northwest music. The Whags are another great example of a band that destroys the so called “Seattle Sound” myth, because, as most of us in the northwest know, there really is no one “Seattle Sound.” At any rate, these guys are hard as hell to label but their sophisticated take on funk and pop results in an addictive sound that should help them to continue to reel in new fans. Favorite track is “Copacetic” that meanders all over the place not unlike The Grateful Dead and while all the instrumentation is top notch, the tasty guitar work during lead break and at the end of the track on this one kicks plenty of ass.

Have a listen below and we are pretty sure that you’ll be adding this band to your playlist. 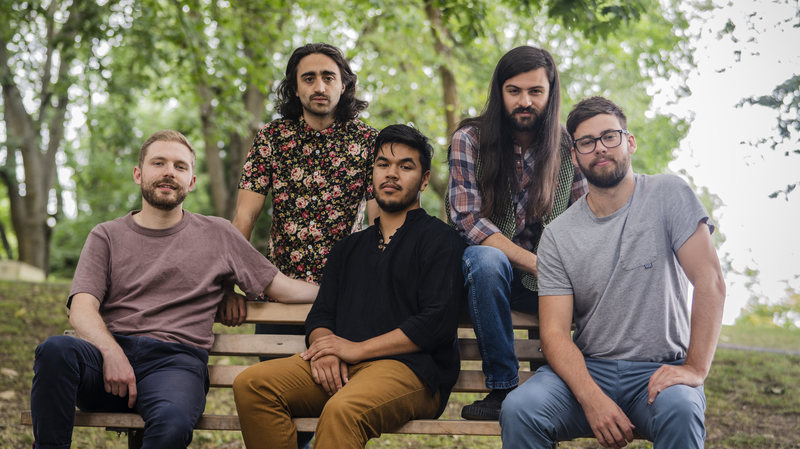