Music fans of the Pacific Northwest, hello and welcome back to our third annual year-end daily countdown, 100 Bands in 100 Days, where every day until December 31st, we’re showcasing a new band or artist you have to know about, presented by Verity Credit Union. Follow the #100Bands100Days hashtag on Twitter to stay on top of all the bands featured and make sure to follow Verity on Twitter as well. Some days the featured act could be an established and locally-adored northwest-based musician that perhaps you haven’t been turned onto yet, and other times they could be a band with a small following that just hasn’t had their deserved time in the sun yet. Either way, we’re fairly confident you can come away from this daily segment with plenty of new favorites. Today our journey takes us far away from Seattle and beyond the furthest stars, by exploring one of the city’s trippiest and most otherworldly bands, Purr Gato. 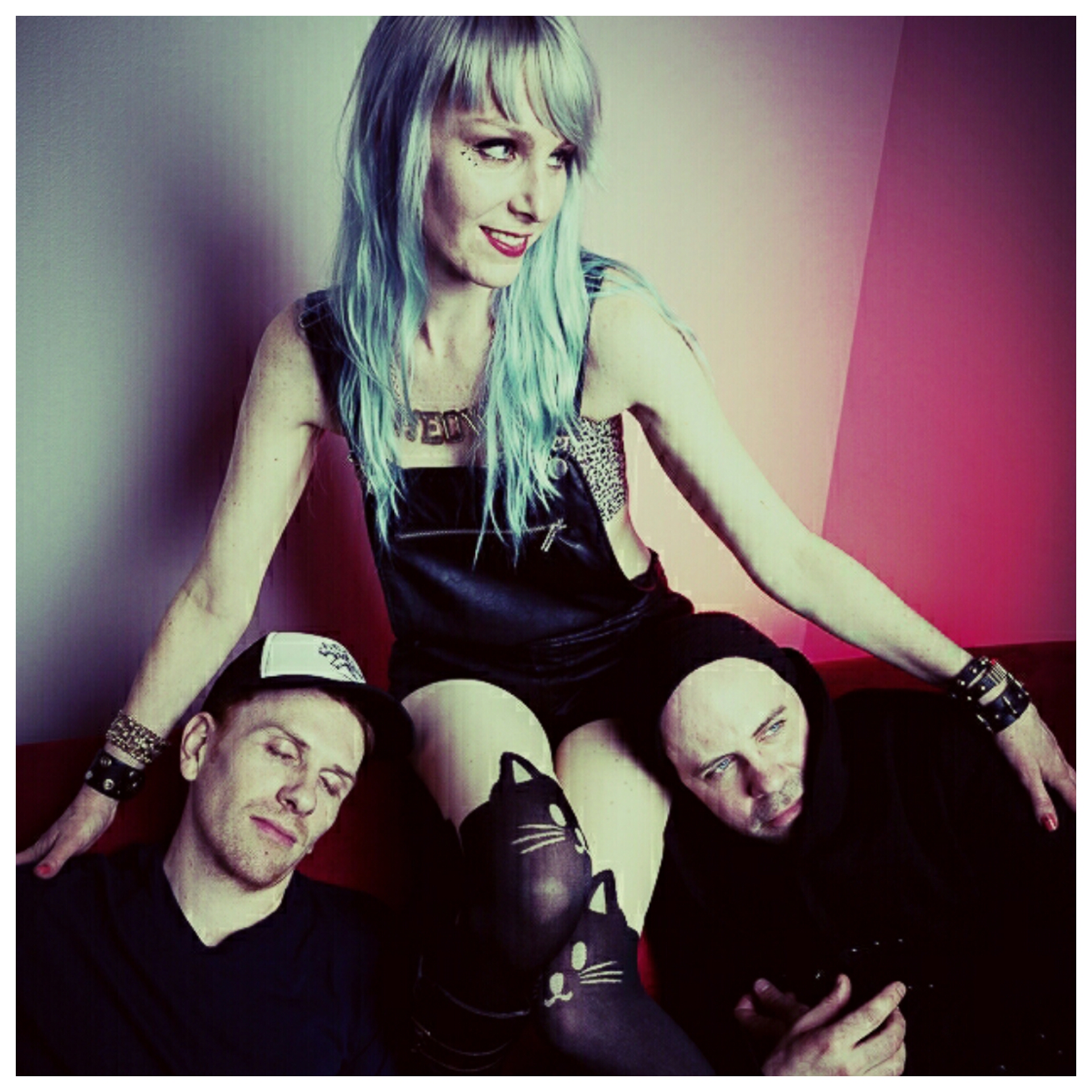 Purr Gato was formed a few short years ago in 2012. Perhaps since the world was supposed to end in 2012, Purr Gato’s plan was to physically transport us to a world away from our doomed planet through their spacey synthesizers and sultry, siren-like vocals from Katrina Kope (also of BowieVision, Levels of Movement, and former vocalist of Theoretics). Unfortunately, that plan didn’t end up working, but at least the band has continued to give us some of the most erratic and adventurous pop and electronic music you’ll find in Seattle these days. Katrina’s vocals help sell the intergalactic feel Purr Gato goes for, and together with co-producer and husband Tyler Kope and percussionist Devin Bews, the outfit produces electronic music that’s sure to get your body moving and your mind in gear. Purr Gato’s music is vivid and lush, with dark, expansive synthesizers and swirling backing harmonies serving as the perfect canvas for Katrina Kope to add to with her dominant vocals that give their sound a whole new layer of dark, shadowy goodness.

The band is extremely dedicated to their craft, releasing two full-length records, and even went so far as to sell their house and live in a Volkswagen so they could have more to go towards musical gear and make touring easier, making their love for music their lifeblood in the process. Their ambition is evident in their musical style as well, which can vary depending on what song you’re listening to. Sometimes the band favors penning longer songs that are wrapped in ambient soundscapes, with more sparse and downtempo-esque percussion, and other times they aren’t afraid to lay down pop songs driven by 4/4 kicks and straightforward, catchy vocal melodies (found on tracks like “Heart Beat” from the album of the same name). Their fondness for murky synths is prevalent throughout their entire discography, but their songs aren’t so far down the rabbit hole of dreariness that you can’t just put it on to have a good time, because their music often feels pretty fun, a notion which is especially accentuated in their frequent live performances, which can often blur the line between a mind-expanding, trance-like performance and a full-on dance party.

Purr Gato is a band that shouldn’t be skipped out on if you like your music to be really out-there, but still be great fun to listen to more than once. We’re hoping to hear more good stuff from this band in the future.

You can follow Purr Gato on Facebook, Twitter, and SoundCloud, and keep up with the band through their official website, purrgato.com. You can purchase music and a wide range of merch from Purr Gato at purrgato.bandcamp.com. Watch the lo-fi music video for their song “Crazy” below via YouTube.